It’s a Hollywood anomaly: Two celebs manage to look at things from different angles and not end up in a battle. 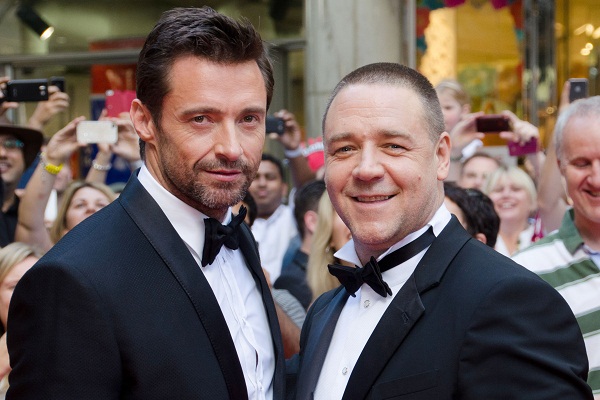 How ridiculous is it that two celebs getting along is suddenly “noteworthy”?

After constant clashes with Madonna/Lady Gaga, Mariah Carey/Nicki Minaj and Miley Cyrus and whatever oversexed teen popstar is currently all the rage, it’s refreshing to see to lads share slightly different opinions on something without having any actual beef.

As we reported earlier this week, Adam Lambert had some less-than-positive things to say about Les Miserables. The musical starred nearly all actors without any real singing background. The closest they came was Hugh Jackman‘s constant award show performances and Amanda Seyfried‘s cute but tragic Mama Mia! nightmare. Adding to the pressure, the director decided he’d not only make his actors sing the songs but also record them live on the set instead of allowing them to go back into a recording studio where they could receive some help.

There was no way the movie would ever feature perfect, Broadway-quality music. At best, the performances deserve a very sympathetic A for effort. For music lovers and actual musicians, those not-quite-perfect performances can be a little distracting. That was exactly Adam Lambert’s point when he took to reviewing the movie in a series of tweets.

“Les Mis: Visually impressive with great Emotional performances. But the score suffered massively with great actors PRETENDING to be singers,” he tweeted.

A little harsh, but not entirely untrue. Russell Crowe even admitted it himself when a fan of the film tried to start drama by asking him what he thought of Adam’s opinion. Crowe’s response?

“I don’t disagree with Adam,sure it could have been sweetened,Hooper wanted it raw and real,that’s how it is,” he responded via tweet.

Well said, Mr. Crowe! He took the criticism with class and refused to let his follower start any man-drama.

In other words, they handled their differences like, you know, gentlemen. GASP! I applaud them both.