If you thought the royal baby was going to be covered by the media in 2013, try Kim Kardashian and Kanye West’s baby, who will receive wall-to-wall coverage by E!. 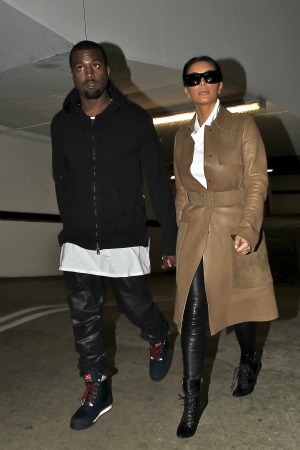 If you were worried that you wouldn’t catch every moment of Kim Kardashian‘s pregnancy, don’t worry — E! will be bringing the Kim and Kanye West show to your television.

In a statement to The Hollywood Reporter, E! president Suzanne Kolb said, “Kim and Kanye are an incredibly dynamic couple, and their baby news is just so exciting. Like so many Kardashian fans, we love it when this close-knit family gets even bigger. We look forward to sharing the joy as they prepare for more diapers, more bottles and without a doubt, more fabulous baby wear.”

Not only will the Kimye baby be featured in the family’s series, Keeping Up with the Kardashians, but the couple will be a part of Kourtney & Kim Take Miami, which premieres on the entertainment network on Jan. 20.

The network is most likely thrilled with this baby news since it will drive viewers and ratings through the roof of the already successful franchise. In fact, the finale of Season 7’s Keeping Up with the Kardashians featured the birth of Kourtney and Scott Disick‘s daughter, Penelope, to huge ratings. The episode is one of the Top 25 broadcasts in E!’s history.

The other interesting story to emerge from the whole pregnancy news will be Kim’s divorce from her second husband, Kris Humphries. The professional basketball player has been contesting the prenuptial agreement the couple signed before their August 2011 wedding. The divorce has dragged on for more than a year, much longer than their 72-day marriage.

Kim and Kanye have been dating since April 2012 and this will be the first child for both.

53 mins ago
by Scarlett Harris