Kris Allen now knows: It’s never too early for a “Baby on Board” sign. 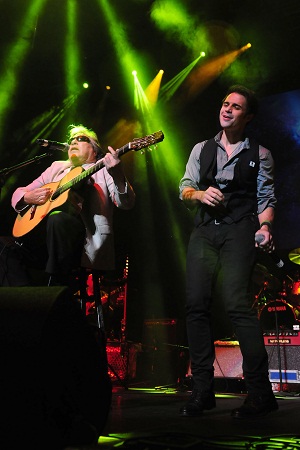 Kris Allen, winner of Season 8 of American Idol, was prompted to announce his wife’s pregnancy quite possibly a little earlier than expected.

After a head-on collision with another car, Allen and his (pregnant) wife were both sent to the hospital.

Once he was feeling up to the task, Kris Allen tweeted the news, saying, “Thank you @Ford for equipping me with a car that kept my whole family @katyallen @Zorropup and the little one we have on the way safe.”

Later, after a deluge of fan responses, Allen confirmed, yet again, that his wife, Katy, was pregnant. The musician tweeted, “Yes I got in a really bad wreck tonight and yes I’m having a lil baby. #gonnabeadaddy.”

Katy and Kris were high school sweethearts and married in 2008. No one in the car was seriously injured, and the baby appears to be fine. Kris broke his wrist, though, and had to have it set. Ouch!

Allen is set to start a new tour later this month. He also used Twitter to convey to his fans that, yes, the tour is still on. It looks like when he returns from his aptly named “Out Alive” tour, Allen will be returning to a new baby! Or at least a very pregnant wife.

Just in case you can’t remember which of the many American Idol winners Kris Allen might be, check out this video of his cover of Kanye‘s “Heartless” at Disney World.

We hope your family heals quickly, Kris, and look forward to helping you introduce your future bundle of joy to the world!