After canceling a slew of concert dates so frontman Billie Joe Armstrong could seek treatment for substance abuse, Green Day is set to return to the stage! 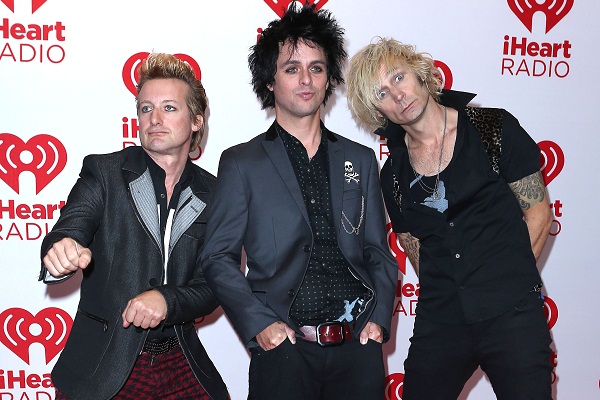 Green Day helped their fans’ new year start off well by making an announcement: The boys will head out on tour again, starting in March!

“We want to thank everyone for hanging in with us for the last few months,” the band members said in a statement on their website. “We are very excited to hit the road and see all of you again, though we regret having to cancel more shows.”

The year 2012 was supposed to be a mega year for the decades-old punk-pop band. They planned the releases of an unprecedented three albums, as well as a tour. However, in September, Billie Joe Armstrong got into a violent, profanity-laced fight with his guitar while on stage in Las Vegas.

The outburst prompted Armstrong to seek treatment for unspecified “substance abuse.” The band also canceled their remaining fall tour dates and pushed back later concerts. To help take some bite out of the news, Green Day released their third album in the sequence, ¡Tré! (after their drummer, Tré Cool), earlier than originally planned.

The new tour dates are as follows:

Formed in the late 1980s, Green Day’s first big success came in 1994 with the release of Dookie, their first album on a major record label. Including their follow-up albums, Green Day has sold 65 million records worldwide. Then their 2004 album, American Idiot, was turned into a Broadway musical, ushering in a whole new generation of Green Day fans. Their last three albums weren’t quite as popular as Dookie, though, and have suffered from lackluster sales. These three albums have sold less than 500,000 copies combined.

Hopefully, their new tour does better than their latest albums.