Sweet! Parenthood is the first show to return after the holiday TV break. However, it looks like another tearjerker. 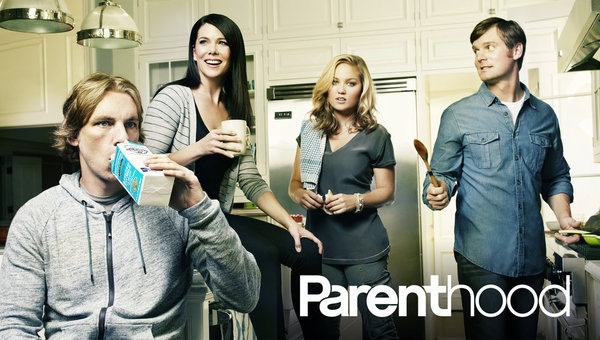 This week’s Parenthood is titled “Keep on Rowing,” and, boy, does that describe what the Bravermans must do to keep themselves together.

First up, Adam and his family continue to deal with his wife’s fight against cancer. In one of three previews for this week, we see Kristina buzzing off her beautiful blond locks. It’s a bit trite, yes, but it’s also a very real part of cancer. With a new ‘do, Kristina plans a romantic dinner for her and Adam. But will everything go according to plan? With the Bravermans involved, the answer is usually no.

We’ll also spend some time at Crosby’s house this week. After Jasmine lures him into a good mood with some homemade pancakes, she tells Crosby (Dax Shepard) what she really wants. Crosby’s mother-in-law, who’s constantly butting heads with him, lost her job before Christmas and needs to borrow $5,000 to stay afloat. Ouch. Like Cros and Jas are rolling in dough themselves, right?

Speaking of not-quite-moms: It looks like Victor’s success will only bring disappointment to Julia. Check out this clip:

Of course, Victor didn’t mean anything by his comments. But that’s still a huge downer for Julia. Since the first time they brought Victor “home,” just about everyone has had at least a sneaking suspicion that things would end badly. Is this a sign of things to come? Will Victor turn out to not be as permanent as they’d hoped?

Last, we’ll also spend some time with Sarah (Lauren Graham) and Hank (Ray Romano). While we don’t know exactly what’s in store, TVGuide promises “an eventful evening.” That’s both forboding and exciting. Let’s hope it ends well or doesn’t end at all!