Teen Mom 2 star Jenelle Evans is reportedly getting divorced less than a month after marrying Courtland Rogers. It seems one phone call was all it took for the reality star to call it quits. 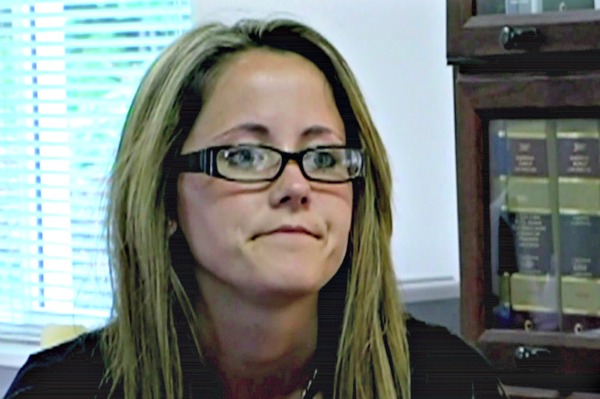 News that a Teen Mom 2 divorce is in the works broke Sunday, just 26 days after Jenelle Evans and Courtland Rogers married!

Though it’s doubtful she was trying for the dubious honor, the mother of Jace has found herself listed among the celebrity world’s shortest marriages. Kim Kardashian, now pregnant with Kanye West’s baby, was famously wed to Kris Humphries for just 72 days.

While most of us are not so surprised to hear Jenelle Evans’ happily-ever-after hasn’t worked out, her husband seems a bit shocked they’re done.

Posting to Twitter, Courtland Rogers wrote of the drama, “So I just got broke up with because of talkin to my lil girl on the phone last night, finally getting to [hear] her tell me she loves dada! Wow.”

It seems that while he was interested in talking to his daughter, Jenelle felt he was a little too happy to talk to his baby’s mama — ex-girlfriend Taylor Lewis.

“So now I just lost my soulmate and my wife and my future,” he went on to tweet. “I want my wife to realize that I have a daughter that I love and that [when] I hear her voice tell me she loves me it melt my heart.”

Kim Kardashian and other celebrities with short-as-hell marriages >>

Addressing his wife directly, Courtland Rogers begged, “I always loved u!! I got ur name tatted on my heart for gods sake we can talk this out ya know !! Damn jenelle.”

If it’s any sort of consolation to the Teen Mom 2 star, her time as Mrs. Rogers far outlasted the infamously short 55-hour marriage of Britney Spears and Jason Alexander.