Hollywood is in the money. Over the past 365 days, studios have grossed over $10 billion domestically. Thanks to hits like The Avengers and The Dark Knight Rises, 2012 was one for the record books. 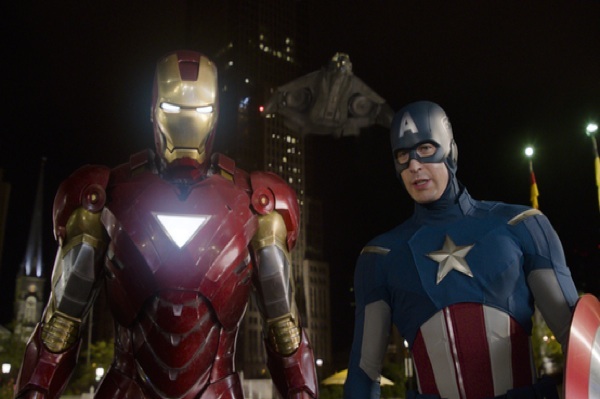 It’s the last day of 2012, and we’ve got good news to report. Even though the U.S. economy’s still trying to find its legs, some businesses are booming. The film industry had a record-breaking year thanks to its blockbuster box office.

According to EW, movie theaters grossed $10.84 billion in ticket sales. That number soars past the previous record of $10.59 billion, which was held by 2009 (thanks to Avatar). If you think that’s a big difference, 2012 left 2011 in the dust. This year’s receipts were a 6.6 percent increase over last year’s domestic box office of $10.17 billion.

So what did 2012 have up its sleeve? The schedule was filled with highly anticipated sequels that got a 3-D boost. Leading the charge was Marvel’s The Avengers, the highest-grossing film of the year with $623.4 million in the United States and over $1.5 billion worldwide.

There was also The Dark Knight Rises, the final installment in Christopher Nolan‘s Batman trilogy. The film earned $448.1 million domestically and over $1 billion worldwide. Then there was the last hurrah for Twilight as Breaking Dawn — Part 2 hit theaters with $286.1 million.

Skyfall proved that James Bond still has the magic touch with its $289.6 million. Plus, a little film called The Hunger Games made itself known with a box office coup of $408 million. Not too shabby.

There’s no doubt that 2013 will try to keep the momentum going with plenty of bookmark releases. On the superhero front, there’s Iron Man 3, Man of Steel and Thor: The Dark World. Plus, more sequels like Star Trek Into Darkness, The Hunger Games: Catching Fire and The Hangover: Part III are coming out.

What movies are you excited to see next year?