Hillary Clinton is in the hospital for a blood clot, showing up the conservatives who said she faked an illness and inciting whispers about just what could be wrong with the Secretary of State. 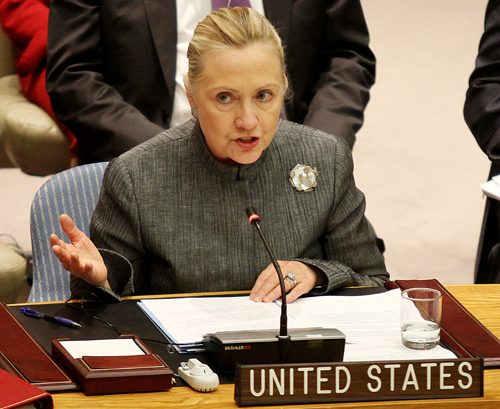 That’s the question some are asking today, with Clinton in the hospital for what the Associated Press called a blood clot stemming from a concussion she sustained in the middle of December.

Kent Sepkowitz, an infectious disease specialist in New York, writes in The Daily Beast that the White House’s reports on Clinton’s illness are “fishy.”

Sepkowitz explains that a blood clot was unlikely to be caused by Clinton’s December swoon, supposedly due to a stomach virus the Secretary of State had developed.

“Trauma to the leg or to the hips and pelvis might cause a clot,” Sepkowitz writes, “but we were not told of any leg injury. If there is no predisposing trauma — well, that might mean real trouble.”

He points out that Clinton hasn’t really explained why she’s leaving President Obama’s cabinet, and has recently put on weight, which can be a side effect of treatments for certain cancers.

Thus the Enquirer’s story “no longer seems to me as implausible as it did after the faint and concussion reports,” Sepkowitz writes.

The Enquirer quotes a “source” who said Clinton has been suffering from “blinding headaches, problems with her vision and memory, plus terrifying blackouts.”

Was she suffering from health problems in November when she fell asleep during Obama’s speech in Myanmar?

Meanwhile, conservatives who criticized Clinton in December must be feeling pretty stupid this morning.

One former U.S. diplomat, John Bolton, said that Clinton’s December fainting spell was a “diplomatic illness” contracted because the Secretary of State didn’t want to testify before the House and Senate on the Sept. 11 terrorist attacks on the U.S. Consulate in Libya.