Whatever, Leo. We didn’t want to come anyway. 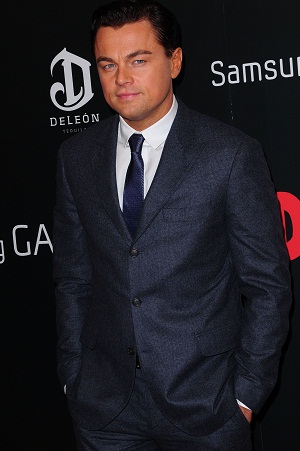 All work and no play… is definitely not something Leonardo DiCaprio believes in.

Leonardo returned to Australia last week to do some last minute re-filming of some scenes for his upcoming film, The Great Gatsby. (Swoon!) Despite Warner Brothers already releasing two extraordinary trailers, the movie’s director, Baz Luhrmann, is determined to make things perfect.

Much like his character Jay Gatsby, Leonardo likes to have a little fun from time to time. And just like Gatsby, he knows the best way to do that is to invite over a friend or two and a gaggle of pretty ladies. Then, he just sits back to watch the action happen around him.

Leo lived up to his full Gatsby potential last weekend.

Inviting at least a dozen of the prettiest girls around, Leo and his Django Unchained co-star Jonah Hill embarked on a quick cruise around Sydney Harbor in a seriously fancy yacht.

During the boat ride, at least half the girls got to enjoy some Leo time as he mingled like a pro. When one bikini-wearing girl sat down in his lap, Leo played it cool… as if that happens all the time (because it probably does). Meanwhile, that adorable funny guy Hill had his photo snapped looking fairly shocked as bikini-clad and often topless girls ran around him.

It’s doubtful that this was the first time Jonah has seen a girl’s chest. However, he probably isn’t used to witnessing just how desperate girls act around his new pal. Apparently, if you want Leo’s attention, you’re going to have to undo some strings. (So, writing pithy comments about Britney Spears isn’t going to cut it?)

It’s nice to see Leo’s having a good time and keeping himself in the public eye again. Every time he gets a new, serious girlfriend, he withdraws for a while. The world needs its daily dose of Jack Jay Leo. Here’s hoping he keeps partying and never settles for any scantily clad attention seekers. He could absolutely settle down with a nice, mildly funny writer, though! Call me, maybe?