What fiscal cliff? As the country’s biggest financial crisis in decades hangs in the balance, the Kardashians figure out a way to hijack headlines with Kim’s fertility. Yay! Just when we thought Christmas was over. Odd though it may be, these two life-changing events will have a profound impact on our country. And here’s why… 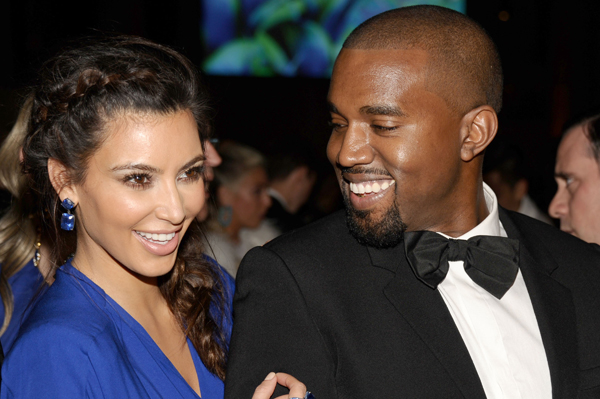 Anyone who has been watching the fiscal cliff progress (?) has noticed a fair amount of whining with a healthy dose of blame-shifting. This one won’t play right, that one won’t do what he is supposed to do. As a result, we aren’t getting any fiscal cliff results. Kim Kardashian, who has perfected the art of whining, will likely be kicking it into high gear as her pregnancy progresses and she starts to experience back pain and sleepless nights. Though women for millions of years have shared these pregnancy symptoms, we’re going to have to hear about it as if KK is the first and only woman to be inconvenienced by the physical demands of a pregnancy. It’s going to be a long six months folks. Strap in.

Regardless of which news program you’ve been tuning in to during the holiday break, here is what you have seen — talking heads. These “experts” don’t have any more information on what solution may or may not be reached for the fiscal cliff crisis, but that doesn’t keep them from speculating for days about it. We can expect the same from Kim’s pregnancy. Every photo that is taken of her will generate baseless speculation. Among the headlines we expect: “Kim pregnant with triplets,” “Kim pregnant with Kris Humphries’ baby,” “Is it a girl?” “Is it a boy?” “What will Kim Kardashian’s baby’s name be?” “What will Kim Kardashian’s baby’s last name be?” Kimye’s pregnancy is guaranteed to inspire much talk about nothing.

The fiscal cliff has some real-life drama tied to it. Will we all go broke paying higher taxes? Will the elderly and poor suffer greatly from government cuts? We anticipate that any drama surrounding Kim’s impending labor and delivery will be mostly manufactured. If she gets gestational diabetes or toxemia like countless pregnant women do, it will be life-threatening, and she and her baby will barely escape with their lives. If she goes into premature labor, will her baby survive? Is there any way we can just convince Kimye to go away for a year (or 10)?

The fiscal cliff disaster is about money — or more specifically, a lack thereof. Conversely the most infamous Kardashian’s baby will likely become another vehicle for the marketing/money-making machine that is the Kardashian family. We don’t mean that in a bad way, but we do anticipate a sexy line of maternity clothes, baby wear, and a line of nursery furniture. Don’t be surprised if we see a Keeping Up with the Kardashians spin-off (Keeping Up with Kim’s Uterus, perhaps?).

Have we just accidentally stumbled upon a solution that Congress and the president hasn’t considered? Perhaps the United States government could force Kimye to donate all the proceeds from baby K to the national debt! It probably would only take a year or two for the newest member of the Kardashian family to clear up $16 trillion dollars! Excuse us while we make a call to Washington, D.C.