Tattooed arm sleeves, gauges, fitted hat — all are the makings for a rebel. But in Brantley Gilbert’s latest video, nothing can penetrate his heart like the woman he loves. 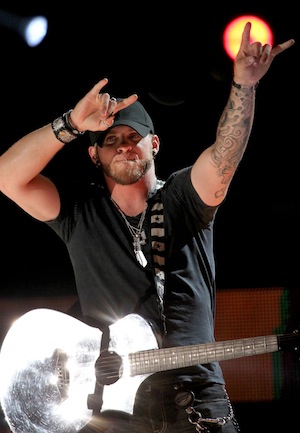 I’m all for goals, dreams, inspiration. But when your muse is the woman you love, can you walk away to pursue other ventures when the motivation behind it all is back home?

I don’t know how some artists do it, but this is a touching video about Brantley Gilbert’s take on it.

Ever had to decide between something you love and someone you love?

On his way to Tennessee to pursue his dream — and one that can obviously be fulfilled by the sounds of his deep, penetrating voice — he can’t help but shake the woman that has his heart.

He tries to forget, or minimize his longing, by going to a bar, and even when a beautiful woman approaches, he remains uninterested. (Now, he just earned himself quite a few points there!)

His acting seems too good to be true until he goes on bit of a tantrum and explodes his rage on the poor motel room where he’s staying. However, I can factor that it must be frustrating to literally be right before the state line of the place of your musical dreams, but turn around to go be with the girl who has changed your life. (He actually does turn around.)

He made me swoon

All right, even though I was borderline angry that he left his dream for love, this song really has a story that touches your heart. And his rugged, bad boy appearance does wonders for your eyes. It almost made me feel like what would happen if the band Hinder went country.

Whatever your taste may be, this musician has universal appeal — even if country music isn’t your thing, or if you wouldn’t choose love over ambition! It’s a beautiful story that I wanted to share, so even if you don’t have a devoted love like his, you can watch someone who does!

Avicii and Nicky Romero “I Can Be The One”
She & Him “Baby, It’s Cold Outside”
Leona Lewis “Lovebird”