Secretary of State Hillary Clinton has been hospitalized with a blood clot stemming from the concussion she received just a few weeks ago. 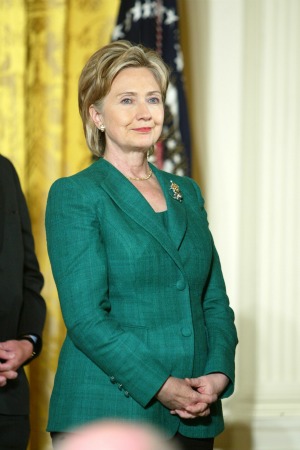 Hillary Clinton, the secretary of state of the United States, has been hospitalized with a blood clot Sunday night, the State Department announced.

“Philippe Reines, a deputy assistant secretary, said in the statement that the clot stems from a concussion Clinton sustained several weeks ago,” said NBC News. “Reines said that Clinton, 65, is being treated with anti-coagulants at New York–Presbyterian Hospital in Manhattan. She will be monitored there for the next 48 hours, he said.”

Clinton received the concussion in early December after fainting during what was described as a bout of the flu. During the illness, she canceled a trip to Morocco.

“Her doctors will continue to assess her condition, including other issues associated with her concussion,” Reines said. “They will determine if any further action is required.”

After news of Clinton’s fainting in early December, the State Department said she was recovering at home, according to NBC News. Her doctors also released a statement at the time:

“Secretary Clinton developed a stomach virus, leading to extreme dehydration, and subsequently fainted. Over the course of this week we evaluated her and ultimately determined she had also sustained a concussion. We recommended that the Secretary continue to rest and avoid any strenuous activity, and strongly advised her to cancel all work events for the coming week. We will continue to monitor her progress as she makes a full recovery.”

According to NBC News, Clinton also fainted back in 2005 during a speech in Buffalo, New York. At the time, she was also complaining of a stomach virus. The secretary of state has been on the sidelines since first complaining of the illness.

“The medical setback comes as Clinton is wrapping up her busy tenure as secretary of state, during which she has logged more than 400 travel days and nearly a million miles,” said CNN. “She plans to step down from the post if and when Sen. John Kerry — President Barack Obama‘s choice to replace her — is confirmed by the Senate.”

Reines did not say where the blood clot was located.