Matt Lauer is finding that Today Show viewers are still loyal to his former anchor, Ann Curry,as he gets taunted in the streets of New York. 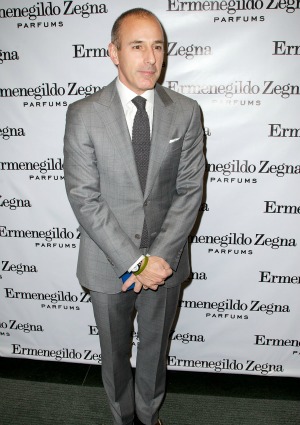 It isn’t easy being the villain in morning television. After the Today Show fiasco over the summer that included the ouster of anchor Ann Curry, Matt Lauer is finding that the aftermath is messy.

TMZ reported on Thursday that Lauer is being tortured by public taunts over his involvement in getting Curry fired. Everything from “You got Ann fired. Does that make you happy?” to “You’re a bad guy,” is being yelled at him on the streets of New York, where the show is based.

The longtime anchor is reportedly “freaked out” over the reaction. The 54-year-old doesn’t think he should be blamed for Curry’s job loss. However, multiple sources reported the rumor that a new female anchor was a big part of Lauer’s contract negotiations in 2012.

Another point of contention with viewers is his $25 million salary. As the media reported on the Today Show saga for months, Lauer’s salary was also leaked during this time. New Yorkers are tough, and they continually make sarcastic remarks about his worth.

This reaction should come as no surprise though. The Today Show has lost its hold in the ratings as the No. 1 show in morning television. ABC’s Good Morning America stole the lead from Today as viewers ran away from the off-screen drama happening at the peacock network.

Despite the ratings drop, there will be no major changes to the anchor lineup for now. Lauer and Savannah Guthrie, Curry’s replacement, are here to stay. The new addition to the 9:00 a.m. show, Willie Geist, might be a future replacement,but a source told TMZ, “He’s not ready. He’s not there yet.”

As for Curry, she has been reporting on both domestic and international issues for NBC News, including the recent Newtown, Connecticut, shooting. It is rumored that CNN is courting her now that her former Today Show boss, Jeff Zucker, has taken the reins at the Atlanta-based news outlet.

In the meantime, Lauer is going to have to put on a brave face in the mean streets of Manhattan while cashing his $25 million check. He can handle it.