Britney Spears may be on the lookout for a new job. Rumor has it the pop star’s on the outs with The X Factor. Come next season, she could be missing from the judge’s table. 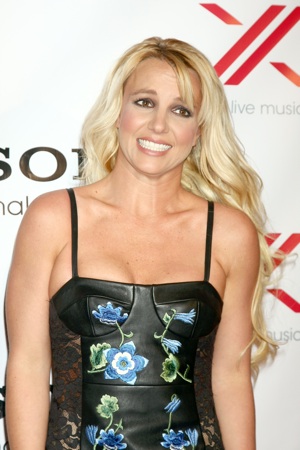 What is going on at The X Factor? Shortly after Antonio “L.A.” Reid confirmed his departure, there’s rumors of another. Celeb judge Britney Spears may be on the chopping block.

According to multiple sources, including Us Weekly, Spears is on her way out. Apparently, she hasn’t met her boss’s expectations. A close source claims, “Britney will get the boot. Producers wanted her for the long haul, but it isn’t working.”

Despite being one of the most successful entertainers of all time, Spears’ presence has been underwhelming. She hasn’t brought enough to the table, which has Fox and The X Factor questioning her $15 million contract.

Another source continues, “They paid all that for her to say ‘amazing’ and offer half-claps.”

Spears has definitely mellowed out in the past few years. It’s been great for her personally but bad for business. A third insider reveals that when Simon Cowell signed her, “He wanted crazy Britney, but he got boring Britney.”

As a whole, The X Factor is having a hard time. The ratings are still mediocre, and the show can’t keep a solid group of judges. If Spears leaves, she’ll join a long list of axed stars including Paula Abdul, Nicole Scherzinger and Cheryl Cole — and let’s not forget former host Steve Jones.

We’re not sure the judges are the sole problem. It seems as if Fox and Cowell are looking to recoup American Idol numbers circa 2003, and it’s not going to happen. The competition has gotten too thick, and audiences interest has waned.

Should The X Factor give Spears the boot? Or is the problem much deeper?