Boy Meets World star Rider Strong is engaged! Determined to ask girlfriend Alexandra Barreto to be his wife, the actor refused to let a little thing like nasty weather get in the way of his romantic proposal. 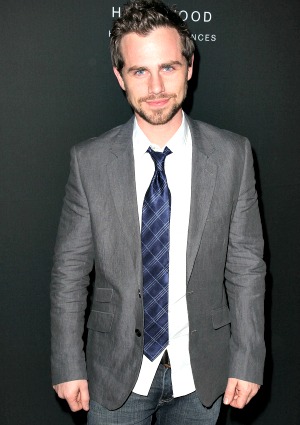 Boy Meets World star Rider Strong is all grown up and about to get married! The actor, known to many as trouble-prone Shawn Hunter, recently proposed to girlfriend Alexandra Barreto in the middle of a rainstorm.

On Dec. 23, the moment arrived for Rider Strong’s personally designed ring to make its debut. The 33-year-old told Us Weekly of the big moment.

“I took her for a walk under the redwoods on the property where I grew up in Northern California,” he said. “It was pouring rain, but it didn’t look like it was going to stop anytime soon, so I just decided to go for it.”

Rider Strong went on to share about the engagement ring: “I spent weeks making the ring in secret. I found an old-school jeweler who works out of his basement in Echo Park and asked him to teach me how to do a lost wax casting. My brother and I write together at his loft in downtown L.A., so I was able to set up a workspace there.”

Sharing the family connection to handmade engagement rings, he added, “I carved the ring out of wax, and then cast it in white gold. I had my dad make a wooden ring box for me. My dad made my mom’s ring, so I was following in his footsteps.”

So sweet! While a wedding is most certainly in Rider Strong’s future, an appearance in the Boy Meets World reboot doesn’t seem to be.

He stated previously, “At this point, I have no official involvement in Girl Meets World. It’s the next generation. And I, for one, can’t wait to see it evolve.”