As it turns out, Patrick Dempsey is just like his character on Grey’s Anatomy: Hot… and with a hero complex. 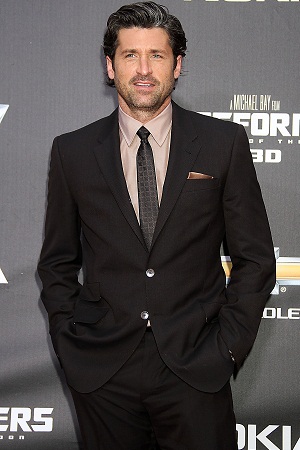 Grey’s Anatomy star Patrick Dempsey has confirmed that he and a group of others are making a last-ditch effort to save a Seattle-based coffee chain. No, Starbucks doesn’t need a bailout. But the much smaller Tully’s does, and Dempsey wants to come to the rescue.

Tully’s, a Seattle-based coffee shop chain, has 46 company-run stores in Washington, California, and a few franchised locations elsewhere in the United States.

In October 2012, the well-loved coffee chain filed for Chapter 11 bankruptcy. The chain claims that without serious help, it won’t have enough cash to stay afloat past mid-January.

Luckily for them, Patrick Dempsey earns plenty of money from his Grey’s gig and needs somewhere to invest it. Plus, he’s just a stand-up guy who wants to help his home away from home.

“I’ve always loved this city, and with the purchase of Tully’s Coffee, I plan to spend a lot of time in Seattle and the stores connecting with the community and growing the brand,” Dempsey said in a statement.

The purchase of Tully’s would not only save the chain of coffee houses, but also 500 jobs throughout the community. Jobs are certainly important right now.

While Dempsey’s group did not release its bidding information, Dempsey claims the offer is competitive. Other interested investors have offered to pay $1.3 million to the owners, as well as take on the multimillion-dollar debts currently owed by the chain. It’s not just as easy as picking the highest bidder, though. A hearing will be held on Jan. 11, 2013, when a judge will look over all the bids and make his final decision on the fate of Tully’s (and, subsequently, Dempsey).

Patrick Dempsey is originally from Lewiston, Maine, but spends a large portion of his life in Seattle, where they film the hit medical drama Grey’s Anatomy. As Grey’s continues to stay strong with its loyal viewers, Dempsey appears to be willing to stay in Seattle long enough to make other commitments to the city.

Important question: If Dempsey wins Tully’s… will craft services get free coffee and a barista on their team?