Jessica Simpson’s new Weight Watchers commercial hits the airwaves, and it turns out the weight loss company was in on the pregnancy secret. 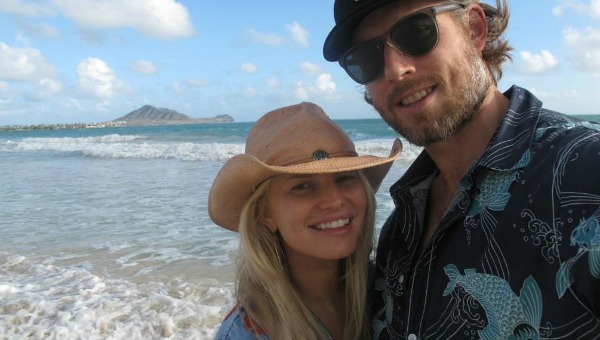 It looks like all of the questions surrounding Jessica Simpson‘s continued involvement with Weight Watchers have finally been answered.

On Tuesday, just after Simpson posted her pregnancy news, the weight loss company tweeted, “Congrats to @JessicaSimpson, Eric and big-sister-to-be Maxwell! Your WW family is so thrilled for you. What an amazing year you’ve had!”

All of the rumors that the company was upset with the Fashion Star judge proved to be unfounded. In fact, Weight Watchers was in on the secret the whole time. In her new Weight Watchers ad released on Wednesday, Simpson says, “Becoming healthy has become a part of who I am, which is great timing because I’m having another baby.”

The fashion mogul lost over 50 pounds on the Weight Watchers program, and she looks positively healthy and glowing in her new commercial. Even though her body is back in shape, she will take a step back from the company while she is pregnant.

In a statement released on Wednesday, Weight Watchers said, “[Jessica] will not be following the program during the pregnancy while her weight and well-being are monitored by her obstetrician, as is recommended for any woman during pregnancy.”

The biggest question has been, will the singer return to the program after the birth of her second child? Well, that question was also answered by the statement: “After she gives birth, Jessica and her doctor will decide when she may resume following the Weight Watchers program.”

There it is, the official news that Simpson will continue as a spokesperson with the brand. It’s not surprising, given that she has a strong fan base and Weight Watchers has also kept singer Jennifer Hudson as a spokesperson for two years now.

In the meantime, enjoy the pregnancy and the healthy eating, Jessica!