Glee creator Ryan Murphy received an early Christmas present this year with the birth of his first child, Logan Phineas. 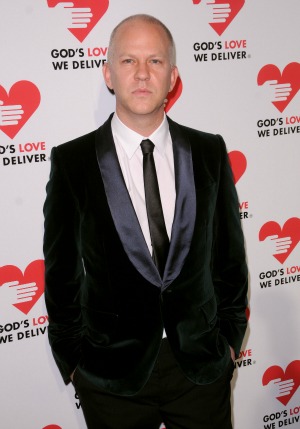 It looks like someone had a good Christmas. Glee creator Ryan Murphy and his husband, David Miller, welcomed a baby boy on Christmas Eve.

Logan Phineas Miller Murphy arrived as an early Christmas present at 9:47 a.m., weighing 6 pounds 6 ounces, and measuring 21 inches long. Baby Logan is the first child for the couple. The show creator and his photographer husband married in July.

While the news came as a surprise to many, if you look back to an October interview with The Hollywood Reporter, it looks like Murphy dropped a big hint about having a family.

In the interview, he said, “I think I’ll be incredibly fun and overwhelmed and all about manners. I’m excited to have somebody or something come in and say, ‘Really? I don’t care what you think. I’m going to do what I want.'”

The announcement of the birth has not been made public, but someone in Murphy’s camp released the baby’s birth announcement, which went out via email to family and friends. According to E! News, the email also included a photo of the newborn reclining inside a Christmas stocking.

Besides having a great personal year, Murphy is also having a terrific professional year. He currently has three shows on the air, with Glee, American Horror Story and The New Normal all having strong seasons. With a busy schedule like that, it looks like he will have to make some time for diaper changing and midnight feedings.