Scary Movie 5 is heading to theaters. After a long hiatus, the series has returned. This time, Ashley Tisdale, Lindsay Lohan and Charlie Sheen will tickle your funny bone with their on-screen antics. 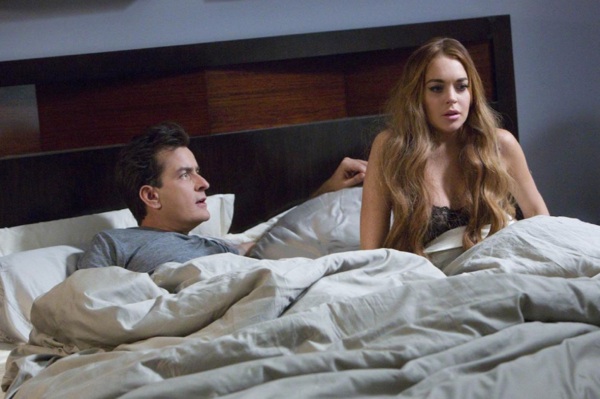 Over the holiday weekend, Dimension Films released the first trailer for Scary Movie 5. In it, Ashley Tisdale makes her debut as the series heroine, and shares the screen with another teen queen: Anna Faris originally headlined the series, which began in 2000.

Scary Movie 5 has a lot of ground to cover. It’s been seven years since the last parody. A lot has happened in that time, so everything’s up for grabs. The film mocks the Paranormal Activity craze, Inception, Black Swan, Tyler Perry‘s Madea movies plus Charlie Sheen and Lindsay Lohan‘s public meltdowns.

This isn’t Sheen’s first appearance in the Scary Movie franchise. He was the star of the third installment back in 2003. In the fifth film, he and Lohan play the previous owners of a haunted house. They both poke fun at themselves and their recent troubles.

As in the earlier films, there will be lots of pop culture cameos. Expect appearances from Mob Wives star Angela Raiola, The Real Housewives of Atlanta alum Sheree Whitfield, The Hills‘ Audrina Patridge and former playmate Kendra Wilkinson.

Are you game for another round of spoofs?