Is J.J. Abrams in the running to direct the next Star Wars? Don’t hold your breath. He has no intention of tackling the sci-fi franchise. Abrams only has eyes for Star Trek. 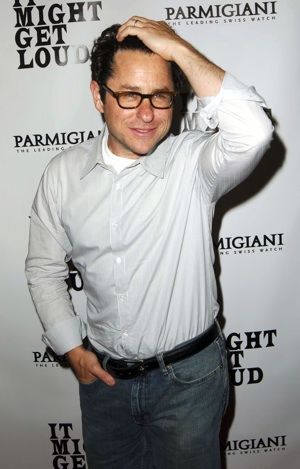 J.J. Abrams isn’t going to the dark side. The Star Trek director has (once again) shot down rumors that he’ll direct Disney’s planned Star Wars sequel. In a recent interview with Empire Magazine, he nipped that story in the bud.

The director stressed that he’s not interested in spearheading the project. Instead, he just wants to enjoy its resurgence like the rest of us.

“There were the very early conversations and I quickly said that because of my loyalty to Star Trek, and also just being a fan, I wouldn’t even want to be involved in the next version of those things,” Abrams revealed.

“I declined any involvement very early on. I’d rather be in the audience not knowing what was coming, rather than being involved in the minutiae of making them.”

Steven Spielberg rules himself out as director of Star Wars >>

He also said that Star Trek is keeping him busy. In his contract, he committed to three films and recently wrapped his second. He also has a slate of TV shows that he produces. There’s NBC’s Revolution, CBS’ Person of Interest and Fox’s Fringe, just to name a few.

Since Star Wars is off limits, he was asked about the inevitable Star Trek rivalry. Is Abrams worried that the revamped trilogy could steal some of his thunder?

“There’s obviously room for both Star Trek and Star Wars,” he said. “We both have plenty of things to offer sci-fi. But I’m not saying any more that that! There are more than enough Star Wars stories around at the moment!”

Star Trek Into Darkness opens in theaters May 17, 2013, while Star Wars: Episode VII is scheduled for summer 2015.