If you missed the Christmas Day premiere of Quentin Tarantino’s new movie Django Unchained, but think you want to see it over the holiday break, there are a few things you should know first. And here they are… 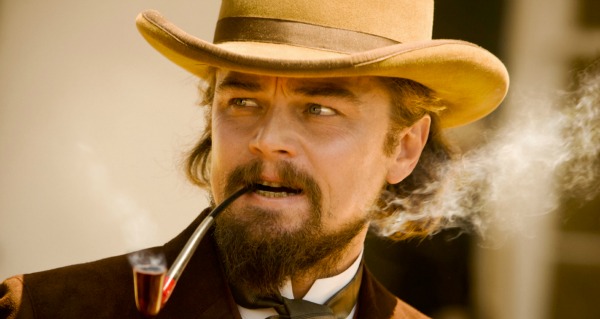 When Django Unchained was still in pre-production, actors who had committed to the project started dropping like flies. Sacha Baron Cohen, Kevin Costner, Kurt Russell and Joseph Gordon-Levitt all bailed on the project, each citing scheduling conflicts as the reason for bolting. Of course, the Hollywood community was skeptical for several reasons. This is a Quentin Tarantino project, which can be a real shot in the arm for any actor’s career. There was some speculation that perhaps these actors didn’t care for the racially charged and thusly controversial premise of the movie, and that’s why they took a pass.

Tarantino’s not high when he writes… or is he?

In a Playboy interview, Tarantino said, “I wouldn’t do anything impaired while making a movie. I don’t so much write high, but say you’re thinking about a musical sequence. You smoke a joint, you put on some music, you listen to it and you come up with some good ideas. …I don’t need pot to write, but it’s kind of cool.” That statement makes us wonder where he stands on doing interviews while high. He uses pot to generate ideas, but not necessarily to write? That explains a lot.

What’s a little blood among friends?

Leonardo DiCaprio got so into his villainous character, slave and plantation owner Calvin Candie, that when DiCaprio slammed his hand down on a shot glass and cut his hand open, he just kept filming the scene! Talk about dedication to one’s art. Leo has been quoted as saying he didn’t identify with this character in any way, and that he hated him. So maybe Leonardo was glad when Candie split his hand open? If so, is there such a thing as getting too in character?

Filmmaker Spike Lee not a fan

Spike Lee called Django Unchained “disrespectful to his ancestors” and said he would not see the film. On Twitter, Lee publicly announced, “American Slavery Was Not A Sergio Leone Spaghetti Western. It Was A Holocaust. My Ancestors Are Slaves. Stolen From Africa. I Will Honor Them.” Ouch. So far, Lee seems to stand alone in his opinion of the movie’s premise, but we suspect this won’t be the singular controversy surrounding this movie.

Critics across the board seem to begrudgingly praise Tarantino’s latest effort. Many call it too long, too violent, but funny and entertaining. Todd McCarthy of The Hollywood Reporter probably sums up this collective sentiment best in his review: “The anecdotal, odyssey-like structure of this long, talky saga could be considered indulgent, but Tarantino injects the weighty material with so many jocular, startling and unexpected touches that it’s constantly stimulating.”