How did pop star Rihanna spend her Christmas Day? With her one-time assailant, of course. 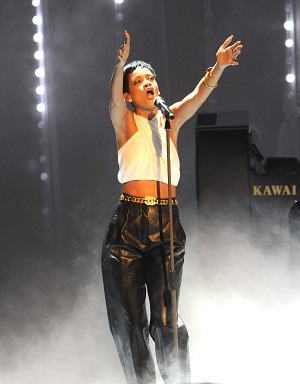 Rihanna started off her Christmas appropriately when she honored her late grandmother by donating $1.75 million to a hospital. It quickly went downhill, though, when she decided to spend some highly public time with her maybe-ex-boyfriend, Chris Brown.

Rihanna’s beloved grandmother, Clara “Dolly” Braithwaite, passed away in June and left Rihanna devastated. In honor of her beloved grandmother, the songstress shared a chunk of her earnings with the radiology department at Queen Elizabeth Hospital in Barbados. The department has been renamed the Clara Braithwaite Centre for Oncology and Nuclear Medicine. Sweet, right?

She quickly ruined the moment, though, when she appeared courtside at the New York Knicks and Los Angeles Lakers game alongside Chris Brown on Christmas Day.

As you probably remember, Brown is the performer who left her 50 shades of black and blue back in 2009. The two were seen laughing and touching throughout the game, and pictures would suggest they spent more time watching each other than the actual game. It would be absolutely adorable if it were anyone else. 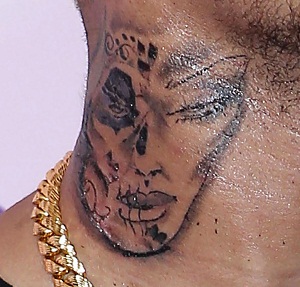 Despite saying on multiple occasions that Brown is just her best friend and nothing more (that’s not OK, either), RiRi has been on a never-ending Twitter quest to prove otherwise.

She’s posted a handful of Twitpics co-starring her former assailant. There have been pics of the two posed on cars, holding hands, and one picture that even looked like the two were on top of each other. Meanwhile, Brown may or may not still be dating American model Karrueche Tran.

We love Rihanna and absolutely want her to find love in this hopeless place. However, we aren’t rooting for anything involving Brown. Except maybe revenge in the form of a nasty infection in that ill-advised neck tattoo of Rihanna’s face.