Now that time-outs have become more en vogue than spankings, here’s a comedy starring the fabulously funny Bette Midler and Billy Crystal that makes light of the differences between old-school and new-school child rearing. 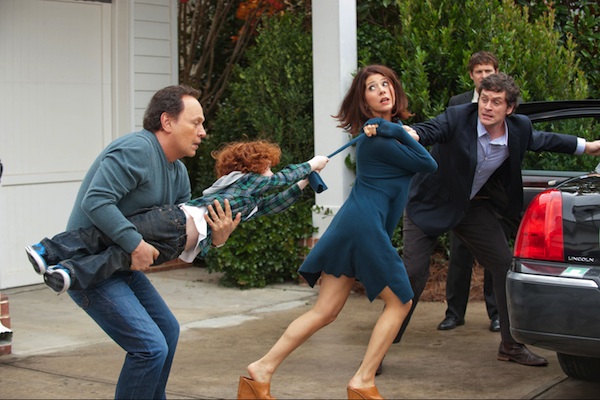 Grandparents Artie (Billy Crystal) and Diane (Bette Midler) are coerced into watching their three grandkids for a week when their daughter Alice (Marisa Tomei) and her husband, Phil (Tom Everett Scott), decide to go out of town.

Having created a fully automated home management system called R-Life, Phil is up for an award for this pervasive software that jabbers to you in a British accent. (Think HAL, but it runs your house.) Alice and Phil need this kind of computerized help because their lives are overrun with their kids’ speech therapy sessions, violin lessons and baseball games that don’t include strikes and outs.

Yes, Alice and Phil are modern parents who encourage their kids to “use their words” and forbid sugar, setting up the grandparents for some predictable yet very funny scenarios. 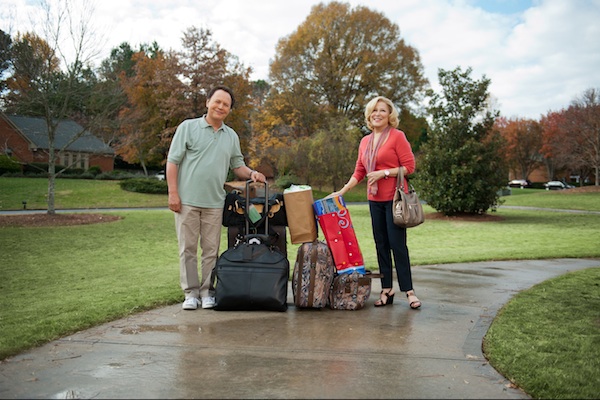 Artie, not wanting to be called some silly interpretation of “Grandpa,” tells his grandkids, “Don’t call me Moop Moop, Bub Bup or Pee Pee.” His plan backfires, however, when he earns the nickname “Farty” from his youngest grandchild, Barker (Kyle Harrison Breitkopf).

Parental Guidance is most fun when consummate comedians Billy Crystal and Bette Midler are allowed to take the reins and work their magic. The best example is when Artie needs to take Barker to the bathroom to go “number two.” Barker said he needs a song to help move the process along, so Artie sings “Come Out, Mr. Doody,” which apparently Crystal himself wrote for the movie because he’s credited with the lyrics in the end credits. The song hilariously induces that well-known “plop.”

Bottom line: This movie is super cute and very relatable to younger and older generations of parents, and it proves that as long as there’s plenty of love, the kids are going to be all right.

Parental Guidance is 1 hour 45 minutes. Stay through the credits to see the cast and crew’s family photos and for one final moment of the “Mr. Doody” scene.