Another actor has passed away this holiday week. Character actor Charles Durning died of natural causes in New York City at the age of 89. 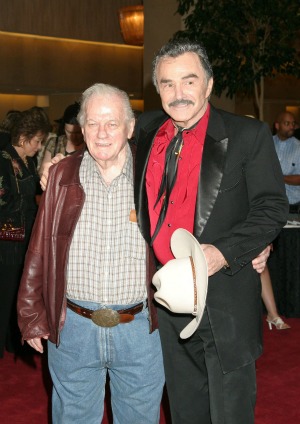 The acting world lost not one but two beloved character actors on Christmas Eve. It was announced on Monday that The Odd Couple star Jack Klugman had passed away. On Tuesday came news that versatile stage and screen actor Charles Durning had also passed away.

The Associated Press reported that Durning died of natural causes at the age of 89 in New York City.

Born in 1923, the Tootsie star knew in high school that he wanted to be an actor, but he didn’t take a traditional path to get there. As a teenager, he worked factory jobs to support himself until, at 16, he found a job as an usher at a burlesque theater in Buffalo, New York. He studied the comedians’ work each night until he had the opportunity to go on for an entertainer who showed up drunk.

His big break took a back seat as the actor enlisted in the Army. Part of the D-Day invasion on Omaha Beach, Durning was in the first wave of the first troops to land ashore, and he was the only survivor in his unit. His heroic actions in World War II earned him three Purple Hearts and one Silver Star for valor.

Durning suffered from psychological war wounds and lost almost a decade of his life to an inability to focus or find direction. Even a stint at the American Academy of Dramatic Arts in New York resulted in a dismissal.

In a 1997 interview with the New York Times, he said, “They basically said you have no talent and you couldn’t even buy a dime’s worth of it if it was for sale.”

Even though he worked a series of menial jobs during this lost time, he went on to prove the acting school wrong in 1962, when he was cast in a role at the Public Theater founded by Joseph Papp. Papp believed in Durning’s talent and cast the actor in 35 plays over his career.

Roles on the big screen followed, with Durning getting cast in The Sting in 1973. After that breakthrough in Hollywood, he went on to a series of well-known parts in movies like Dog Day Afternoon, Tootsie, Dick Tracy and O Brother, Where Art Thou? Two roles — in The Best Little Whorehouse in Texas in 1982 and To Be or Not To Be in 1983 — even brought him back-to-back Oscar nods in the Best Supporting Actor category.

He was even a series regular on his pal Burt Reynolds’ show, Evening Shade, in the 1990s, but he never gave up his love for the theater. He made sure to hit the stage as often as possible. Durning dazzled Broadway audiences with his performances in Inherit the Wind, The Gin Game, and Gore Vidal’s The Best Man.

His last role is in the upcoming thriller Scavenger Killers, which stars Eric Roberts and Robert Loggia. It is set to hit the big screen in 2013.

Durning was married twice. His first marriage ended in divorce, and he was separated from his second wife, Mary Ann Amelio, at the time of his death. He is survived by his three children, Michele, Jeanine and Douglas.

While many did not know his name, audiences sure knew his face over the years. It was his love for acting that kept him working, and he did that until the end. As he told the AP in 2008, “They’re going to carry me out, if I go.”