On Christmas morning, Jessica Simpson confirmed what we already knew: She’s pregnant with her second child. 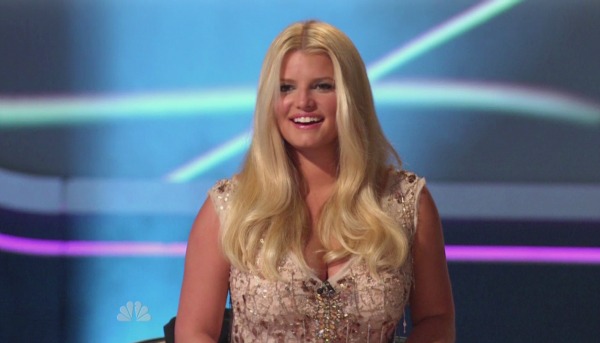 Jessica Simpson is pregnant with her second child. The worst-kept secret in Hollywood was officially confirmed by the mommy-to-be on her Twitter account on Tuesday morning.

The fashion mogul said, “Merry Christmas from my family to yours!”

The tweet included a photo of her daughter Maxwell dressed in a candy cane–striped onesie with a red bow in her hair and Hawaiian beads around her neck. The 7-month-old is sitting in the sand above the words “Big Sis.”

The adorable photo sent Twitter into a frenzy within minutes of being posted. Fans retweeted the photo more than 300 times within the first 20 minutes.

Now that the news is confirmed, where does this leave the Fashion Star judge’s contract with Weight Watchers? Her second commercial is slated to be released on Christmas Day, but it is going to be hard to have a pregnant pitch person for a weight-loss program.

Simpson was unable to meet the terms of her contract with her first commercial because she struggled to lose the baby weight. Her first spot focused only on her face. The second commercial was going to be her big coming out party, since she had dropped almost all of the baby weight and was looking healthy and lean.

Her next commercial reportedly was the big bikini reveal to show off her post-baby body. That certainly won’t be happening now.

Will Weight Watchers wait out the second pregnancy and utilize Simpson again for a campaign, or are they just done with their current spokesperson? Rumors are floating around that they are disappointed with her and will not renew the contract, but Simpson is wildly popular with her fans. So, perhaps they will rethink their strategy.