Legendary actor Jack Klugman, best known for his roles in the television shows The Odd Couple and Quincy, M.E., passed away at the age of 90 on Monday afternoon in Los Angeles. 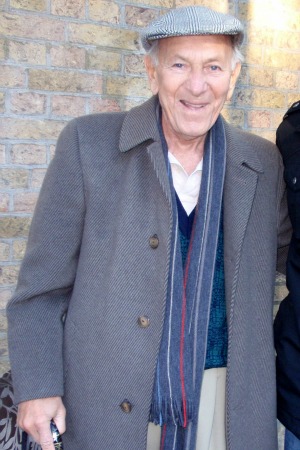 Felix and Oscar will be united again. On Monday, the beloved actor Jack Klugman passed away in Los Angeles. His attorney reports that he died peacefully and surrounded by family. Klugman was 90 years old.

Klugman played two of TV’s most enduring characters. In the early 1970s, he was well-known for playing messy sports journalist Oscar opposite Tony Randall, who played uptight and very neat photographer Felix, in The Odd Couple. The show ran for five seasons and won the actor two Emmy Awards.

When Randall passed away in 2004, Klugman was clearly saddened by his longtime co-star’s death. He described Randall as “the best friend a man could ever have. I loved him dearly. He was a gentleman in the truest sense of the word. I will miss him for the rest of my days.”

In 1976, he rejoined the television world with the show Quincy, M.E. Klugman ruled the airwaves until 1983 as the cranky but fearless crime-solving medical examiner.

Born in 1922, the character actor with the gruff voice got his start on the New York stage in the play Saint Joan. He then dove into the television world in the 1950s with legendary shows like The Twilight Zone and Alfred Hitchcock Presents.

Some of his signature feature film roles came after his career was already established in television and on the Broadway stage. Roles like Juror #5 in 12 Angry Men, Jack Lemmon’s Alcoholics Anonymous sponsor in the film Days of Wine and Roses, and Ali MacGraw’s dad in Goodbye, Columbus reinforced his reputation for talent across all entertainment mediums.

In 1974, the Odd Couple actor suffered a setback when he was diagnosed with throat cancer after years of chain smoking. In 1989, he was forced to have sections of his larynx removed, which affected his vocal quality. He was able to train himself to speak again after years of speech therapy.

His big comeback happened in 1993 on the Broadway stage in the revival of Three Men on a Horse.

In its review of the show, Associated Press lauded his return: “His voice may be a little scratchy, but his timing is as impeccable as ever.”

He had scattered guest star roles over the last 15 years on shows like Third Watch and Crossing Jordan. His last on-screen role was in the Web series Camera Obscura in 2010.

Klugman leaves behind his second wife, Peggy; two children, Adam and David, from his first marriage to actress Brett Somers; and two grandchildren.