Skinnygirl mogul Bethenny Frankel announced on Sunday that she and husband Jason Hoppy are separating after almost three years of marriage. 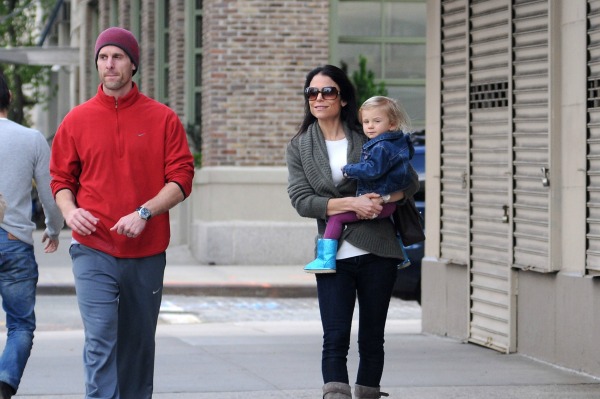 All of the rumors surrounding Bethenny Frankel‘s marriage over the last month turned out to be true. The Skinnygirl mogul and her husband, Jason Hoppy, announced on Sunday that they were separating after nearly three years of marriage.

A statement released by Frankel said, “It brings me great sadness to say that Jason and I are separating. This was an extremely difficult decision that as a woman and a mother, I have to accept as the best choice for our family.”

Their tumultuous relationship was not only caught on camera for their Bravo reality show, Bethenny Ever After, but it also became the lead story in the launch of her talk show last summer.

She denied reports of an impending divorce, telling her audience, “I’m in a good marriage. We have issues. We are not perfect. We work on it every day. We’re committed.”

The strain in their relationship was often seen on camera as they disagreed over their different career goals and ambitions. Frankel was extremely driven to the point of exhaustion, while Hoppy seemed to be less ambitious than his wife. A source told Us Weekly, “She’s very focused, but he’s just not driven.”

The biggest worry in the split will be the couple’s 2 1/2-year-old daughter Bryn. Bryn was clearly on Frankel’s mind when she released the separation statement.

Frankel said, “We have love and respect for one another and will continue to amicably co-parent our daughter who is and will always remain our first priority. This is an immensely painful and heartbreaking time for us.”

Another big question will be the division of assets, since Frankel reportedly earned $120 million from the sale of her Skinnygirl cocktail line to Beam Global Spirits & Wine Inc. in 2011. There is no word if a prenuptial agreement was in place or amended after the business transaction took place.

The couple met in a nightclub in late 2008 while Frankel was a cast member on The Real Housewives of New York. They became engaged 11 months later and then tied the knot in March of 2010. The whirlwind romance also included Frankel’s pregnancy. Their daughter was born about six weeks after their wedding, which was chronicled in the TV special Bethenny’s Getting Married.

A source told Us Weekly, “They care about each other. They’re both devastated. Bethenny fought really hard for her family.”

Sadly, this reality show fairy tale will not have a happy ending.