The host has been speaking out, and some are not happy, even going so far as to try to get him kicked out of the country. 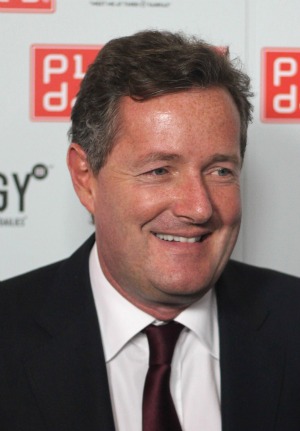 Since the shooting in Newtown, Connecticut, one of the most outspoken advocates against U.S. gun laws hasn’t been an American at all, and some gun advocates are taking issue with that.

Piers Morgan has been doing numerous segments on his shows about the shooting, current laws and the Second Amendment. As a result, a petition to get him deported has been started on the White House website’s petition page.

“British Citizen and CNN television host Piers Morgan is engaged in a hostile attack against the U.S. Constitution by targeting the Second Amendment,” the petition says, according to The Hollywood Reporter. “We demand that Mr. Morgan be deported immediately for his effort to undermine the Bill of Rights and for exploiting his position as a national network television host to stage attacks against the rights of American citizens.”

The petition was started on Dec. 21, and on Saturday morning, Dec. 22, the host tweeted about the issue.

The petition gained 12,000 signatures within 24 hours of being posted.

Morgan also tweeted in response to those tweeting about his call to action.

@timothy14511 tweeted, “@piersmorgan nothing but a constitution hating commie…go back and stay in YOU’RE country not mine,” to which Morgan simply replied, “It’s ‘your’.”

User @bwinger tweeted that Morgan should “go back to England you freedom hating douchebag. Why don’t you want to protect your family with firearms?”

The Brit has not been shy about taking this issue and running with it, and he is obviously passionate about the topic.

“Morgan became the focus of the petition after clashing with gun rights advocates on Piers Morgan Tonight following last week’s school shooting in Connecticut,” said The Hollywood Reporter. “On an episode airing hours after the killings, Morgan asked his gun advocate guests, ‘How many kids have to die before you guys say, “We want less guns, not more”?'”