Simon Cowell ends The X Factor season with $20,000 less in his pocket after losing a bet to L.A. Reid. 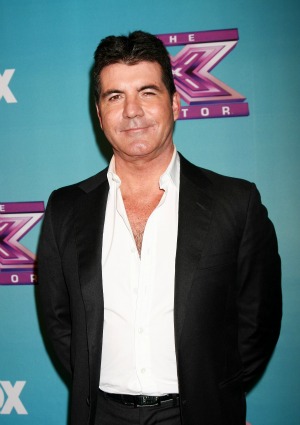 Guess whose bank account is $20,000 lighter thanks to a bet with a co-worker? Simon Cowell is cutting a check to X Factor colleague L.A. Reid after the results show on Thursday night.

The judges wagered at the beginning of the season that if either of their contestants won the show, the losing judge would owe the winner the hefty amount. At the finale, Reid’s contestant, Tate Stevens, won, leaving Cowell on the losing end of the bet.

TMZ is reporting that Cowell is “no sore loser” and plans to hand the money over to the music mogul soon. Reid’s protege wasn’t favored to win, but the public overwhelmingly voted for Stevens instead of 13-year-old Carly Rose Sonenclar, who was mentored by Britney Spears. Cowell’s pick, Fifth Harmony, came in third place.

So it wasn’t a bad night at the office for Reid. He went home with $20,000, and his winning contestant won a $5 million recording contract.

The second season of The X Factor drew a lot of curiosity since it was a big comeback for two troubled pop stars, Demi Lovato and Spears. Lovato turned out to have quite a bit of sass, while the “Toxic” singer was much more reserved and shy.

Also coloring the season was LeAnn Rimes’ performance on the finale with runner-up Sonenclar. There were questions as to how sober Rimes was on stage since she seemed loopy and somewhat off-balance. While the country singer has denied those rumors, TMZ caught up with Cowell, who called the performance “interesting” while sporting a smirk.

The format of the judges’ panel is sure to change with the next season of The X Factor, since L.A. Reid is definitely leaving the show. There is no word as to whether Lovato or Spears will return, but you can be sure Cowell will be there with $20,000 less in his pocket.