There’s a new gang of kids taking over MTV. This time, they’re actually worth rooting for… if only because they aren’t obnoxious. 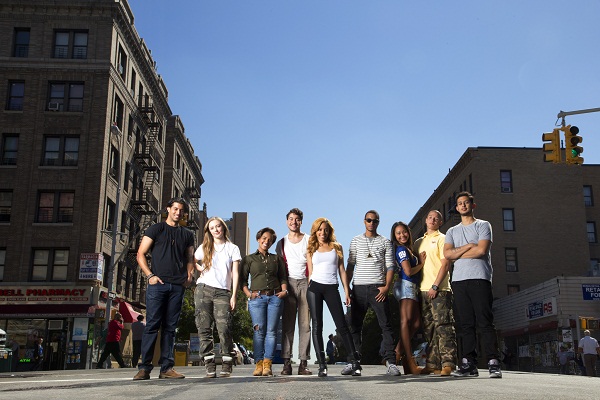 The day after Jersey Shore ended (with record-low viewership for the show’s finale), MTV released a two-minute preview for their brand-new unscripted drama, Washington Heights. (You can see it at MTV.com.) The show follows nine best friends each struggling to stay afloat and make their dreams come true. 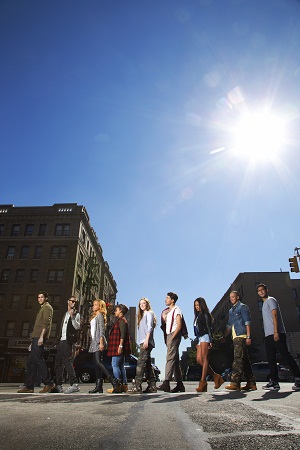 From singing to modeling to fashion design, each of the kids has their own goal in life. There’s just one thing in their way: real life. It’s hard to find time to practice or promote your skills when you’ve also got to find and hold down steady, legitimate work to help pay the bills. Will they all succeed? Only time will tell. In the new two-minute preview, however, you do see one of the kids as he offers his mom some cash to help pay the bills. She’s left teary-eyed by the exchange, leaving us feeling pretty giddy for the show.

The “drama” is real. This isn’t egocentric Jersey Shore stuff where people get into fistfights over skanky girls. These kids aren’t running around on a boardwalk in fuzzy slippers or making awful life choices while drunk off their butts. The kids from Washington Heights are actually trying to succeed.

Like one advisor tells one of the cast, “Hustle beats talent.” Boy, is that true. Money also beats talent. They’re not over-privileged or entitled. Minor rant: Lena Dunham (Girls) would be nowhere today if her parents hadn’t personally funded her first project. These kids, like most kids, don’t have parents who can afford to deal out thousands of dollars to support them in their dreams. They have to figure it out on their own and work hard to get what they want. We’ll spend the season finding out not just who has talent, but also who has the hustle to make a living from it.