Ashton Kutcher has finally pulled the trigger and filed divorce papers against his estranged wife Demi Moore, more than a year after the couple confirmed their split. 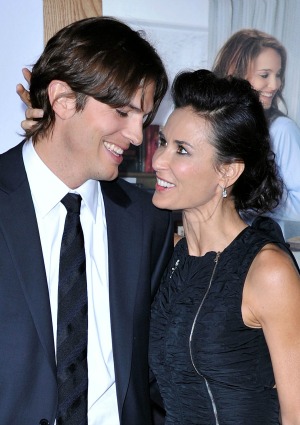 Demi Moore will be having a blue Christmas this year, it seems. Ashton Kutcher has finally officially filed for divorce, more than a year after the couple announced their split on the heels of his cheating scandal.

Pulling the oldest trick in the celebrity handbook, Kutcher slid the filing in on the Friday of a holiday weekend in an attempt to lessen press coverage. Fat chance.

In the docs, Kutcher cites irreconcilable differences as the reason for the split. Moore could not reconcile the fact that Kutcher allegedly cheated on her multiple times.

“As a woman, a mother and a wife there are certain values and vows that I hold sacred, and it is in this spirit that I have chosen to move forward with my life,” Moore said in her original statement on the split.

Kutcher is not seeking spousal support, according to the docs, but is not asking the court to deny Moore the right to do so.

Why file now? What took so long? While some say his relationship with his former That 70’s Show co-star Mila Kunis has something to do with it, TMZ claims it was simply a matter of respect. Kutcher was trying to give Moore the chance to file the papers herself, but finally grew tired of waiting.

Demi Moore and Ashton Kutcher wed in a Kabbalah ceremony in front of a small group of family and friends in September 2005.