In The Place Beyond the Pines, Ryan Gosling and Bradley Cooper are on opposite sides of the law: Gosling’s a bad boy trying to do good, while Cooper’s a cop seduced by the dark side. 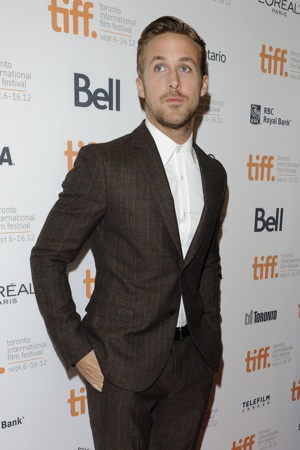 Director Derek Cianfrance has reunited with Ryan Gosling for The Place Beyond the Pines. They previously worked together on Blue Valentine, and are back for this gritty crime thriller. This time, they’re joined by the talented Bradley Cooper and Eva Mendes.

Gosling bleaches his hair and gets tatted up as Luke, a professional bike rider. He’s a troubled soul who doesn’t live on the straight and narrow. But someone’s about to change all that.

When visiting an old girlfriend (Mendes), Luke learns that he’s the father of her young child. It’s a revelation that alters his life forever.

Luke wants to provide for his son by any means necessary. He decides to use his motorcycle skills to rob banks. Unfortunately, he crosses paths with an ambitious cop (Cooper) who also has something to prove.

The Place Beyond the Pines is described as “a rich dramatic thriller, tracing the intersecting lives of fathers and sons, cops and robbers, heroes and villains.” Sounds intense!

Are you interested in seeing The Place Beyond the Pines?