P.S. The CW isn’t the only network with a Robin Hood-inspired show in the works. Let’s hope these Hoods are foxy! 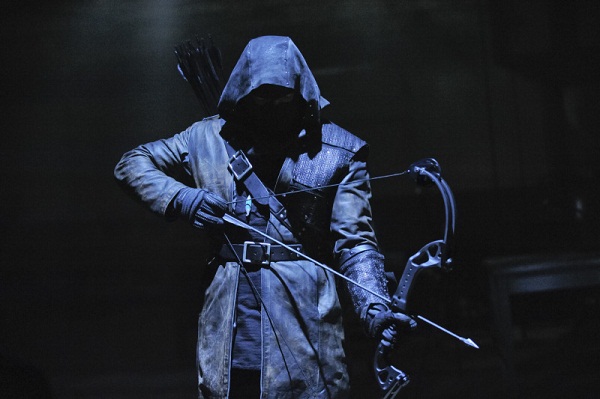 Eek! The Hollywood Reporter is reporting that The CW just put in a script order for a show with the working title Sherwood. According to them, the show takes place in England in 1072 and follows a young noblewoman who hunts down Robin of Locksley, AKA Robin Hood, to help free her boyfriend, a serf, from some evil Normans. Except that in doing so, she inadvertently teams up with Robin Hood and his Merry Men. The gang of good-intentioned bandits works to inspire hope in the oppressed lives of Nottingham’s people.

This is cool enough, but it’s actually not even the only Robin Hood-esque show currently in development. According to THR, NBC is working on Hood. Taking a completely different angle, Hood will center on an Iraq War veteran who becomes an outlaw in upstate New York. That makes him a modern, American version of Robin Hood.

While both are themed around the fabled archer, it isn’t hard to imagine both shows as a success. The popularity of The Hunger Games bada** archer heroine, Katniss Everdeen, has given a whole new generation of teens — almost entirely girls this time — an interest in archery. The CW has already seen one archer-centered show, Arrow, take off without a hitch. Why not bank on another? And because the shows are so entirely different, there’s absolutely no reason why they can’t both be huge successes, with the same or completely different demographics.

Sherwood isn’t the only throwback The CW has up its sleeve, either. The network also has Amazon, the story of Wonder Woman’s beginnings, currently in development. As for more fairytale and folklore, they’re also working on a contemporary Alice in Wonderland and a Sleepy Hollow remake. With all these new shows in progress, it’s only a matter of time before The CW’s viewership catches up to bigger networks like NBC or ABC.

Our current favorite archer is Arrow