Dear Ms. Lohan: Despite what you may believe, most people find you to be a talented actress and singer, and we are deeply saddened by your ongoing downward spiral. Sure, it was fun in the beginning, but now it’s like watching a train derail. We are begging you, for your own well being, to please pull yourself together in 2013. For motivation, here is a recap of a less-than-impressive 2012… 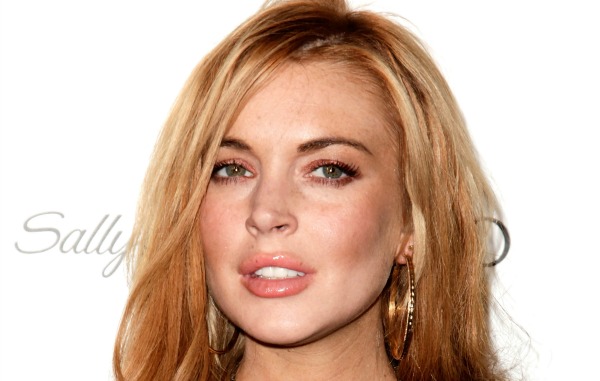 Many of Lindsay’s early 2012 troubles started back in 2011, when she was charged with a DUI and necklace-nabbing. She rounded out a tumultuous 2011 with 53 days of janitorial duties at the L.A. morgue and 18 psychotherapy sessions.

In February 2012, Los Angeles Superior Court Judge Stephanie Sautner commended LiLo in a progress hearing, praising her for keeping up with the community service and therapy sessions. Judge Sautner went so far as to tell Lindsay that she was “getting her life back on track.” Lohan did indeed seem to be headed for a comeback. In late February, she told Matt Lauer on the Today Show that partying “was not her thing anymore.”

In early March 2012, everyone was throwing around the word “comeback” in reference to Lindsay’s lack of scandals and a stint as an SNL host. LiLo poked fun at herself during several of her SNL skits, and her performance was well received by audiences. Had Lohan outgrown her rowdy ways? Only time would tell, but it was right about this time we noticed something else about Lindsay — that her lips were twice as big as they used to be.

In mid-March 2012, Lindsay Lohan got trapped by photogs in a club parking lot and nicked a car and a person in her three-point turn to escape. At first, the club manager (the guy who was “grazed”) and the police agreed no one was hurt and no damage had been done. A few hours later, the club manager had contacted his lawyers and decided he had been hurt. Lohan angrily lashed out, saying she had just been trying to stop in on a friend and wish her a happy birthday, but was unable to do so because of all the paparazzi. At the end of March, Lohan is done with her probation and Judge Sautner tells her to “live her life in a more mature way.”

For the next few months, Lindsay seemed to have her stuff together. She appeared in an episode of Glee, enjoyed low-key dinners with Hollywood bigwigs such as Woody Allen, was cast as Elizabeth Taylor in Lifetime’s Liz & Dick, and was even invited to a correspondents’ dinner at the White House. Unfortunately, Lindsay’s good behavior wouldn’t last long…

Who put that dump truck there?

In early June 2012, Lohan was on her way to the Liz and Dick set when she collided with a dump truck and was sent to the hospital. The truck driver later claimed that Lindsay’s “people” had tried to bribe him into not calling the po-po, but it was too late. Lindsay accused the truck driver of lying. And so it would seem all the hope and promise of the previous months were starting to fade…

Lindsay was admitted to the hospital again, a week later after the dump truck “incident,” when paramedics were called to her hotel room. It seemed like Lindsay was suffering from “exhaustion” from long hours on the set of Liz & Dick. Lohan said her seven paramedics were “cute,” so she had that going for her.

Lindsay left the scene of an accident in September 2012 and so began her full-throttle downward spiral. Later in the month, she was in the hospital again, this time for “asthma.” In early October 2012, authorities were called to a domestic disturbance between Lindsay and mother Dina. No charges were filed.

Lindsay Lohan’s fight with her mom over money, cocaine? >>

In late November 2012, Liz & Dick premiered and was panned by critics and the public alike. When Lohan’s highly anticipated acting comeback flopped, not surprisingly three days later she was arrested for assaulting a woman in a nightclub. On the same day, Lohan was charged with lying to police (when she crashed into the dump truck earlier in June, she told officers that her assistant was driving, which turned out to be not true).

In light of all this, Lindsay’s probation has been revoked and she could be headed back to jail. A hearing date of Jan. 15, 2013, has been set. We’ll just have to wait and see if Lindsay will continue to fritter away her youth and talent, or if she can pull a rabbit out of her hat and stage a Britney Spears or Robert Downey-like comeback.