Queen Elizabeth might just be the most adorable in-law ever. She’s breaking years of tradition to accommodate the pregnant Kate. 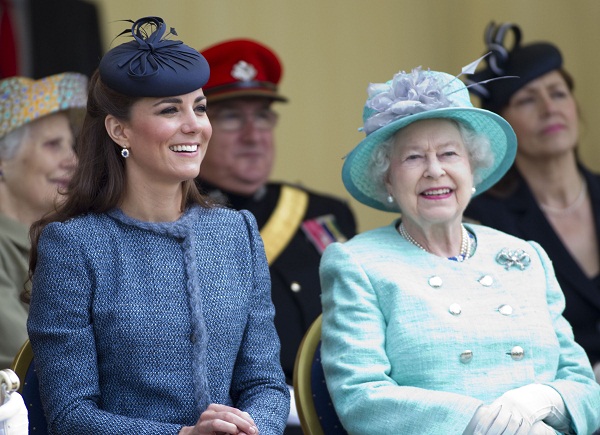 According to Us Weekly, Queen Elizabeth has broken decades of tradition to help her granddaughter-in-law, Kate Middleton, have a simple, happy Christmas.

The Christmas gathering at Sandringham Estate is a time-honored royal tradition. However, it has always been a royals-only affair. That meant the “resting” Kate would have either had to make two Christmas appearances (one with the royals, one with the Middletons) or miss out on seeing her family. 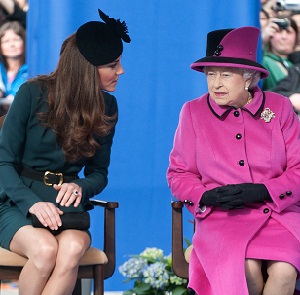 However, in a touching effort to accommodate the pregnant princess, who was just recently released from the hospital, Us Weekly is reporting that Queen Elizabeth has extended an invitation to Kate’s parents, Carole and Michael Middleton. If they attend the royal gathering (and who could say no?), they will be the first non-royal attendees.

For a family ruled by tradition, that’s a very rare and very kind move on the Queen’s part, all in an effort to aid Kate through her rough patch.

Just in case you live under a rock: Kate Middleton is pregnant! She’s had a minor setback, though, in that she was recently hospitalized for almost a week due to hyperemesis gravidarum, or severe morning sickness.

After being released from the hospital, Kate spent more time resting at home. Other than a few photos on her way from the hospital to the car, Kate was out of the public eye until she made an appearance at the British SPOTY awards and then, a couple days later, attended a lunch that she and her husband, Prince William, held for more than two dozen of their staff.

Hopefully, Kate will feel up to attending the Christmas gathering. However, at the moment, Kate is taking things pretty easy (in comparison to her usual schedule). The Us Weekly source told the magazine that Kate takes things day by day and that Kate and William probably won’t confirm their plans until the night before or morning of the Christmas feast. The source added, “And if Catherine doesn’t go, William probably won’t either.”

Prince William certainly is the kind of man to stand by his Duchess, isn’t he? Sick or not, Kate is one lucky peasant.