Are Teen Mom stars Maci and Ryan considering a walk down the aisle? A recent exchange between the long-separated pair has led some to believe the parents of Bentley may be getting back together! 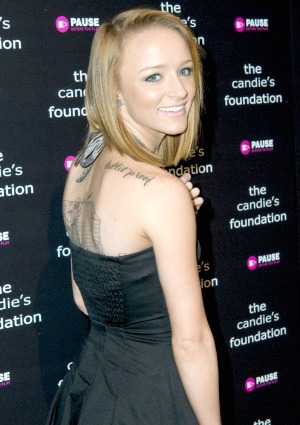 Maci Bookout cannot believe the tweets she’s received from her ex, Ryan Edwards, over the past 24 hours. Marriage? Perhaps the father of Bentley has had a bit too much to drink, or maybe his Twitter account has been hacked?

“Maci Bookout marry me!” Ryan Edwards tweeted, seemingly out of the blue.

Despite the surprise nature of the proposal, fans of Teen Mom likely know this is the first time in years both Maci and Ryan have been single. She split with Kyle King, who was often seen on MTV’s Teen Mom as well, in September, while Ryan Edwards’ relationship with Dalis Connell bit the dust earlier this month.

Ryan then mysteriously tweeted he “would never let that happen,” which Maci failed to understand. He went on to explain, “It means that I want to get on one knee and tell you how much I love you.”

“Twitter is not the place,” the mother of 4-year-old Bentley shot back. “Ima kill u.”

Nonetheless, Ryan added, “Never give up on what you believe is right… no matter what gets in the way!”

Even though Maci Bookout feared her ex’s Twitter account may have been hacked, no further messages show evidence that was the case. However, when asked “you still drunk” by another Twitter user, Ryan replied in a typo-laden tweet, “iamready for are oarty.”

Party? Sounds like someone may have had a little too much fun already!

Do you think Maci and Ryan should reconcile? Get engaged?