Lady Gaga’s generous side is showing. The singer has reportedly turned into a do-gooder, sending a phenomenal care package to Daniel Borowy, who was shot by a classmate at Perry Hall High School. 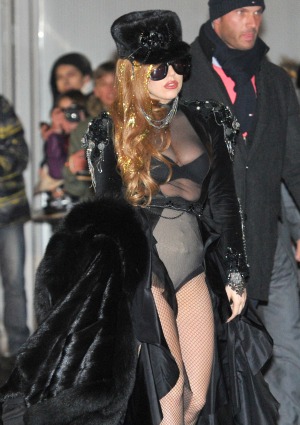 Lady Gaga‘s gifts to the victim of a school shooting in Baltimore have made many, many people happy.

The father of Daniel Borowy, a teen with Down Syndrome who was shot at his Baltimore high school in late August, is now thanking the singer for making his son’s dreams come true.

A post on the Facebook group page “Lady Gaga Please Visit Daniel,” which boasts an impressive 33,477 fans, explains just how touched the family is by Lady Gaga’s thoughtful gifts.

“I would like to start by thanking everyone for their thoughts and prayers for Daniel,” the boy’s father wrote, sharing that the victims of the Connecticut school shooting have been on the family’s mind.

“With everything that is going on I was waiting for an appropriate time to share this information and feel that maybe we need some good news!”

“With that said I would like to share that he has received a package from Lady Gaga,” Daniel Borowy’s father continued. “It is pretty cool that someone in her position took the time to make a complete stranger happy.”

Expressing the family’s thanks, Daniel’s father added, “To see the smile on his face is overwhelming. Thank you Lady Gaga and thank you to everyone who had a hand in making this happen!!”