The actor has done a lot of behind-the-scenes political work, but is it time for him to finally be the face of his home state? 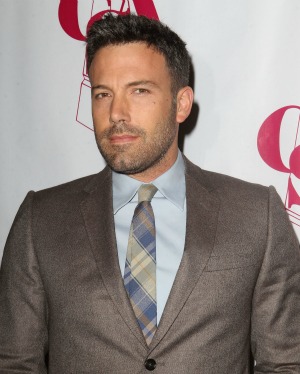 First Ashley Judd, then Stephen Colbert. It seems like celebrity’s names are being thrown about a lot lately as possible future politicians. The latest name on that list is Ben Affleck, who has been very involved in Washington his entire career.

“If you were casting a young charismatic politician, you could do worse than Ben Affleck, who, by the way, played just that in the movie State of Play,” said Entertainment Weekly. “But for Affleck, politics have always been more than just a a role to play. Back in 2004, he lent his celebrity and charm to John Kerry’s presidential bid, and the next year, some Virginia Democrats reportedly wanted Affleck to take on incumbent Republican senator George Allen. Though he obviously did not run then, he’s never closed the door on a future in politics, and his passion has been showcased in his multiple appearances on Real Time With Bill Maher.”

But with Massachusetts senator John Kerry possibly leaving his post soon (he is currently seen as the possible frontrunner to replace Hillary Clinton as Secretary of State), that may leave an open seat. And with Affleck’s involvement in politics (as well as being a known Boston-area native), it’s looking very possible he could be the next senator from the state. He was in Washington this week and answered some questions about the possibilities.

“That’s not what I’m here to talk about,” he told Politico, according to EW.

“One never knows. I’m not one to get into conjecture,” Affleck told Bob Shieffer in an as yet un-aired interview, said EW. “I do have a great fondness and admiration for the political process in this country. It’s a big deal for me to come down here and be on your show that I’ve watched so much, but I’m not going to get into speculation about my political future.”

Affleck was in Washington to speak to Congress about his Eastern Congo Initiative, which he founded in 2010. The rumor was strengthened when Affleck met with Kerry during his visit to town.