Kim Kardashian threatens to quit Instagram over their new terms of service. With over 5.7 million followers, that’s a big blow to the photo-sharing app. 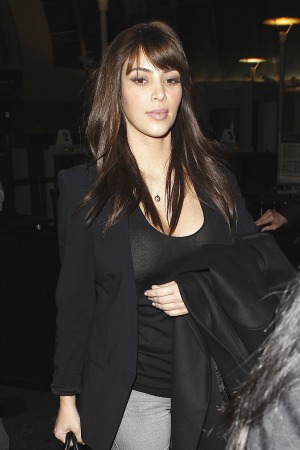 You know Instagram must be quaking in their boots when their most popular user is threatening to quit the social media service. Kim Kardashian reportedly might leave and take her followers with her.

The photo app had been a big hit with Twitter- and smartphone-loving celebrities until they changed their terms of service this week. Their new terms include using personal photographs in advertising campaigns without paying the users for their images.

Even with the public apology, that didn’t stop Kardashian from tweeting on Tuesday, “I really loved Instagram 🙁 I need to review this new policy. I don’t think it’s fair.”

While this might not seem like a big deal to the average person, it is a big deal to Instagram who was bought by Facebook in April of this year. As TMZ cleverly pointed out, “..if Kim goes … her family members could follow … and Khloe, Kylie, Kendall and Rob are also in the Top 10 most-followed on the site.”

As the most popular member of Instagram, Kim overshadows the #2 position held by Justin Bieber. The young pop star has over 4.3 million followers in comparison to Kardashian’s over 5.7 million followers. Her fans swarm to the site to view the suggestive photos she posts on a daily basis.

Right now, a source tells TMZ that the reality star is going to wait until the revised policy is out before she makes a final decision. Kardashian wants “radical changes,” so let’s see if the photo-sharing app complies with the E! star’s demands.