Rapper Fat Joe pleads guilty to tax evasion and could face up to two years in prison. He reportedly owes over $715,000 to Uncle Sam. 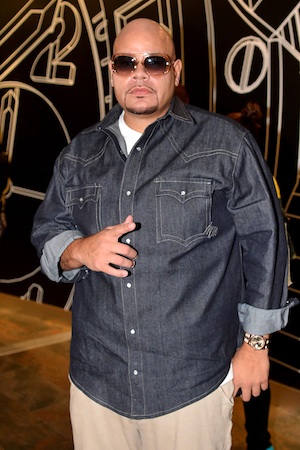 Well, we aren’t surprised to learn that rapper Fat Joe pleaded guilty to tax evasion Thursday afternoon. The hip-hop star, who was often featured in songs with Ja Rule and Ashanti (wow, flashback to 2003 just now), was in federal court today to face charges that he avoided paying income tax on over $2 million worth of income from 2007 to 2008.

Fat Joe, real name Joseph Antonio Cartagena, admitted to Judge Cathy Waldor in a Newark courtroom that he failed to file tax returns for 2007 and 2008. The amount he owes comes to about $718,000. The New York Post reports that paying back taxes is the least of Fat Joe’s IRS problems. Fat Joe could also face two years in prison and a $200,000 fine.

Fat Joe is currently free on $250,000 bail. Cartagena’s attorney issued a statement Thursday after the plea was entered, “Fat Joe has taken responsibility for his tax failures. He hopes to repay his tax indebtedness.”

Fat Joe is just one of many celebrities who are guilty of tax evasion. Socialite Leona Helmsley, who is best known for leaving $12 million to her Maltese upon her death, once told a New York Times reporter, “We don’t pay taxes. Only little people pay taxes.” She spent 19 months in jail after being convicted of attributing over $4 million in personal home renovations as a business expense. Other celebrity tax evaders include Martha Stewart, Willie Nelson, O.J. Simpson, and Nicolas Cage.