Danielle Fishel is having a great year. She’ll be back on TV in the sequel to Boy Meets World, she’s engaged and she graduated from college at the age of 31. 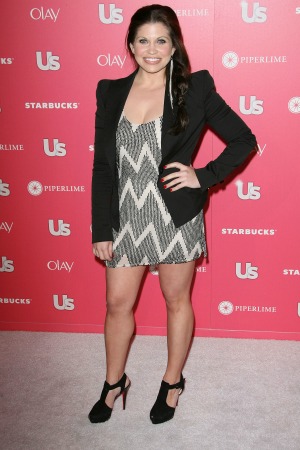 Danielle Fishel has a lot of things to celebrate this year. First, she’ll be back on TV in 2013 on the Disney Channel for Girl Meets World, the sequel to Boy Meets World. Now, she’s officially a college graduate at the age of 31.

Getting her higher degree turned out to be a smart move for the actress. Not only is she a college graduate, but she also met her fiance while working as a math tutor.

On Wednesday, Fishel shared the news on her Tumblr page, exclaiming, “I am officially a college graduate! I took my last two undergraduate finals today and I am so happy, relieved, and proud. Yeah, I’m super proud of myself. :)”

Her motivating words also encouraged her fans to continue their education and fulfill their dreams. She talked about the hard work she had to put into making those dreams a reality, too.

The former Dish host wrote, “I hope that if any of you are in school or thinking about going to school, or have wanted to go to school for a long time but just keep finding reasons to put it off, you will listen to me when I tell you…go. Go for yourself.”

She continued, “You CAN do it. I know you have to work…I had to work too.”

The popular actress also shared that her fiance had to work full time as well to complete his degree. Even though she’s in the spotlight, it seems that accomplishing a lifelong education goal is an important part of Fishel’s success.

Now that her degree is finished, Fishel will be focusing on filming the pilot for Girl Meets World. The pilot will shoot in February and her beloved character, Topanga, will be reunited with Cory Matthews, played by Ben Savage.