If you’re a White House junkie, you probably already caught HGTV’s tour of the White House as it prepared for Christmas. While you’ll see the same decorations, this show will be quite different. 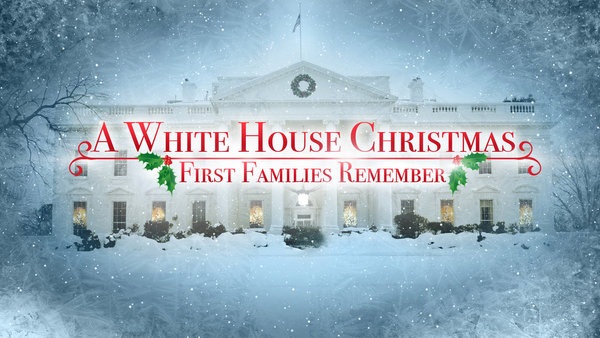 Christmas decorations and history? Those are two of the best things in the world and they’re exactly what NBC’s A White House Christmas: First Families Remember will offer to viewers.

Earlier in the season HGTV’s Genevieve Gorder toured the White House as they were decorating. They showed inside looks on how this year’s gingerbread White House was made (hint: not out of gingerbread or chocolate), explained their military-themed tree and revealed the colorful wonderland in the Booksellers’ Room. Right now, the White House is decorated in lush greenery, brightly colored fruits and fragile ornaments from first families past.

Not only will you get to see all of that on NBC’s A White House Christmas, but Meredith Vieira will take you to see something even better. The special will also include a collection of interviews from members of former first families. First daughters will reminisce about their dad, the president of the United States, harmonizing with the dog on Christmas carols. You’ll see the ornate ornaments from the Nixon era and the teddy bears from Reagan’s time. You’ll even hear about Betty Ford’s creative way to decorate the country’s house while cutting back on cost during a recession. 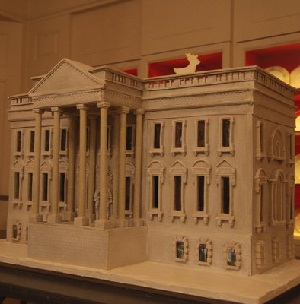 Most importantly, though: Check out that White House replica. The White House kitchen blended multiple kinds of bread dough together to great a marbled appearance, just like you’ll notice on the White House if you’re ever close enough. They had special silicone molds made and they began working months in advance. Pay close attention to the windows, too. They used actual photos of White House rooms and transferred them onto sheets of sugar. When they turn on the lights in the model, it seems just like you’re looking through the White House windows.

The White House staff is so creative!