Ben Affleck, formerly attached to Kristen Stewart’s con artist film Focus, has had to withdraw. We’re relieved we won’t have to see Affleck getting intimate with a girl half his age. 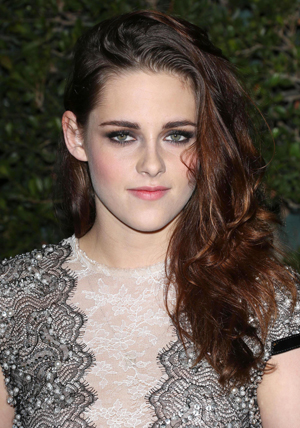 Kristen Stewart‘s going to have to learn the art of the grift from some other older guy — Ben Affleck has dropped out of her next project, Focus.

Affleck named scheduling issues as the reason, and though both Stewart and Affleck are massively talented, really, we’re breathing a sigh of relief.

Why? Because Focus, a “sexy comedy” about an experienced grifter (woulda been Affleck) who takes a young supplicant (Stewart) under his wing, apparently calls for the pair to roll around in bed a lot.

Of course, movie May-December romances are nothing new. We’re used to watching grizzled older actors like Harrison Ford and Tommy Lee Jones get routinely paired with actresses decades younger than them.

But Affleck, who has a nice-guy rep and an age-appropriate wife, and small children, would just look more disappointingly skeevy when paired with a young’un like Stewart.

It’s worth noting that Focus scribes Glenn Ficarra and John Requa, who also wrote Crazy, Stupid, Love, cast Ryan Gosling and Emma Stone as the main love interests in that movie. Gosling was then 30, Stone 22, and the age difference between them was never mentioned at all.

Stewart is still said to be firmly attached to Focus, and a sequel to Snow White and the Huntsman is also said to be in her future.

Wonder what middle-age guy they will get to show her the ropes in Focus. How about Russell Crowe? No one thinks he’s a nice guy.