A new trailer’s been released for Baz Luhrmann’s The Great Gatsby. It showcases Leonardo DiCaprio as the eccentric title character. Paired with modern music (similar to Moulin Rouge), Gatsby looks like a vibrant, 3D epic. 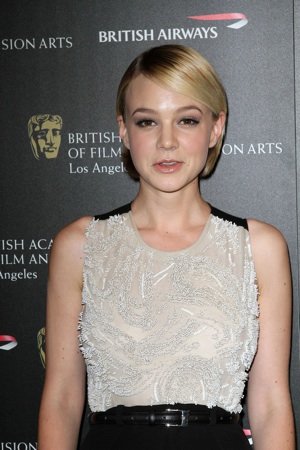 Les Miserables may rule the winter, but The Great Gatsby will dominate the summer. Director Baz Luhrmann reunites with Leonardo DiCaprio (Romeo + Juliet) for his latest literary tale.

Based on the F. Scott Fitzgerald classic, The Great Gatsby is a glamorous period piece. Through the eyes of Nick Carraway (Tobey Maguire), we’re exposed to the indulgence and dangers of the 1920s. We’re introduced to Jay Gatsby (DiCaprio), a charming, rich and influential man, who’s more than meets the eye.

Jay has many secrets — one being his undying love for the married Daisy Buchanan (Carey Mulligan), who’s also Nick’s cousin. Daisy’s husband Tom (Joel Edgerton) is described as a “philandering, blue-blood.” He’s the only thing standing in the way of Jay’s happiness.

Leonardo DiCaprio is smoldering in The Great Gatsby trailer! >>

After watching the drama unfold, Nick, the would-be writer, pens a story. Much like Fitzgerald himself, he writes a tale of “impossible love, incorruptible dreams and high-octane tragedy.”

With the exception of a choice few, Luhrmann utilizes mostly Australian talent. The cast is filled with actors from his native land. Edgerton, Isla Fisher, and Jason Clarke all hail from down under.