First, Harry Styles took Taylor on a trip around his hometown in jolly old England. Now, Swift has introduced her BF to her mom. Are they moving too fast? 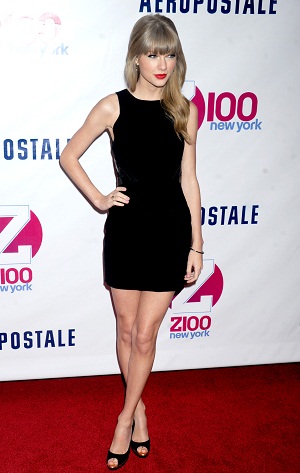 Maybe we haven’t been giving Taylor Swift and Harry Styles the respect they deserve. It’s only been a few weeks for their relationship and the internet has had more fun mocking them than rooting for them.

It’s nothing personal toward Harry or Taylor. But Swift herself even recently admitted she’s no good at making relationships last. So, why get our hopes up?

But things might be more serious than we realized.

After recently hanging with Harry as he suffered through some new ink to add to his ever-growing tattoo collection, Taylor Swift made him suffer just a little longer when she brought him home to meet Mama.

Adults usually hold off on the parental introductions until they know things are serious… especially adults who date as much as Taylor. Is this a sign of Taylor’s early investment in the relationship or is she just a Mama’s Girl? Either way, we hope the early introductions don’t scare Harry away. We genuinely want Taylor to be happy.

It’s believed the two met about a month ago at the Jingle Ball in New York. They were spotted together later that night and again the following morning. They’ve been virtually inseparable ever since. Last week, Harry took Taylor to his hometown in England, where they celebrated her birthday. No introduction to Styles’ parents was reported, though. Maybe they’re not happy their 18-year-old baby is dating a 23-year-old cradle-robber?

That’s just silly talk. Taylor Swift has pretty much called Ethel Kennedy her BFF. And she’s continued to hang in their good graces, even after breaking up with Conor. If America’s royal family, the Kennedys, love Taylor, then so should the Styles family.

Swift might be awful at lasting relationships, but she’s nothing if not persistent, and we truly believe she tries to make things work. We hope Taylor and Harry stay together for a while… and that Taylor’s mom wasn’t too intimidating.