Quentin Tarantino is just a normal person and has his favorite TV shows. But he opens up about why at one point he tried to cut out TV altogether. 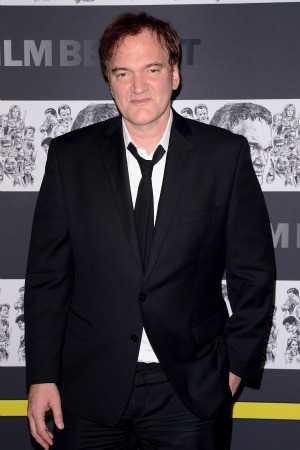 Quentin Tarantino is considered one of the best and most eclectic directors in Hollywood. But deep down, he’s just a fan like everyone else, and his favorite television show might be one that no one would have guessed.

“Hands down, my favorite show is How I Met Your Mother,” he recently told MTV News’ Josh Horowitz. “I’ve been watching that since the very first episode, so that’s the one show that I always keep watching.”

He added that he loves anything Aaron Sorkin writes, including his latest project.

“I love Newsroom,” he said. “That writing, every week, is just so exciting.”

However, Tarantino says he had to cut back significantly on his television viewing because it took him away from his true passion.

“I was for a while, about six years ago, I was watching a lot of the serialized television shows,” the director told Horowitz. “I had to cut them out because I stopped going to movies because I was always caught up in four different serialized shows and the boxed set for this one and that one. I had to go, ‘Look, I ain’t about that. I’m about movies. I’d rather go out to the theaters.’ “

Tarantino has also directed numerous TV shows, including CSI and ER, but has been sticking more with movies in recent years. He is responsible for films like Inglourious Basterds, Grindhouse, Reservoir Dogs and Pulp Fiction. He also directed multiple episodes of Alias between 2002 and 2004.

The director has always been one to push the envelope, and his new film, Django Unchained, is no different. Here’s how the Internet Movie Database describes it: “With the help of his mentor, a slave turned bounty hunter sets out to rescue his wife from a brutal Mississippi plantation owner.”