Anchorman came out in 2004, and fans have been waiting since then to see the second one. It looks like the wait is almost over. 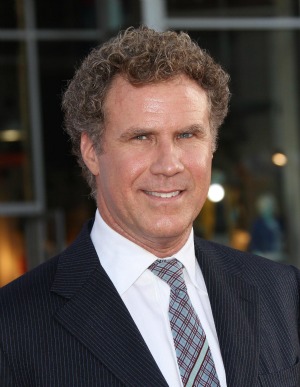 The second Anchorman just got one step closer to reality. The much-awaited sequel is a long time coming, and when it is released, it will end up being out almost 10 years after the first one.

The studio announced today that Anchorman 2: The Legend Continues will be out Dec. 20, 2013, and it will include some familiar faces.

“The movie reunites the principals of the first movie — Steve Carell, Paul Rudd, David Koechner and Christina Applegate on top of [Will] Ferrell — in more newsrooms hijinks,” according to the Hollywood Reporter. “Adam McKay is back as director.”

The first film was released July 9, 2004, and earned almost $91 million worldwide — not bad for a film with a $26 million production budget.

The new sequel may also have a new face. According to TheWrap.com, Kristen Wiig is reportedly in talks to join the cast for the second film.

“Wiig would play opposite Steve Carell, as a love interest in the sequel,” The Wrap reported. “The script is still being written, and no cast beyond the principals has been set.”

Wiig is currently without a job, since she left her position on Saturday Night Live after last season.

“Best known for her work on Saturday Night Live, Wiig is one of the most in-demand actresses in Hollywood, since appearing in the film Bridesmaids,” according to the website. “She could recently be seen at the Toronto International Film Festival in the indie feature Imogene, and has been busy filming a number of titles, including The Secret Life of Walter Mitty, and Hateship Friendship, with Guy Pearce.”

The film is added to the list of numerous anticipated films to hit the theaters during the holiday season next year. Even with a lower budget, it’s set to be a fierce competitor.