Jason Schwartzman has done almost everything, but this time he is playing a business owner who, along with Leslie Knope, is fighting for his business. 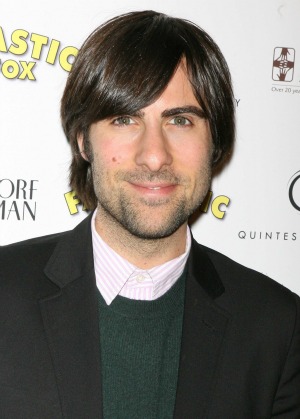 The many, many celebrity guest stars on Parks and Recreation this season will now add Jason Schwartzman to the list.

Schwartzman may be best known for his parts on Bored to Death, Scott Pilgrim vs. the World, Marie Antoinette, as well as being a Wes Anderson regular. He was also formerly in the band Phantom Planet and currently plays with Coconut Records.

“Schwartzman will play Dennis Lerpiss, the owner of Pawnee VideoDome,” according to the Huffington Post. “The video store is the only independent movie rental joint in Pawnee and it has fallen on hard times. Enter Leslie Knope.”

According to the website, the episode will follow the story of Lerpiss as he and Knope (played by Amy Poehler) attempt to get the VideoDome designated as a historical landmark.

The episode is set to air in 2013. This season of the show has had luck getting some high-profile names to guest-star.

“Recent guest stars on the show include Vice President Joe Biden and Senators John McCain, Barbara Boxer and Olympia Snowe. Newt Gingrich is also set to appear in a forthcoming episode,” according to Rolling Stone magazine.

Newt Gingrich’s appearance wasn’t planned, though. The Huffington Post reports that he only appeared after running into the crew because he was eating at a restaurant where they were filming for the day.

Megan Mullally, Lucy Lawless and Christie Brinkley are also appearing in the season.

Schwartzman has been in the Hollywood eye since his first film, Rushmore, but has been in Hollywood his whole life. He is the nephew of Francis Ford Coppola, and the cousin of Sofia Coppola, Nicolas Cage and the rest of the Coppola family. He even appeared in Sofia Coppola’s film Marie Antoinette.

The actor will next appear in Saving Mr. Banks and A Glimpse Inside the Mind of Charles Swan III.