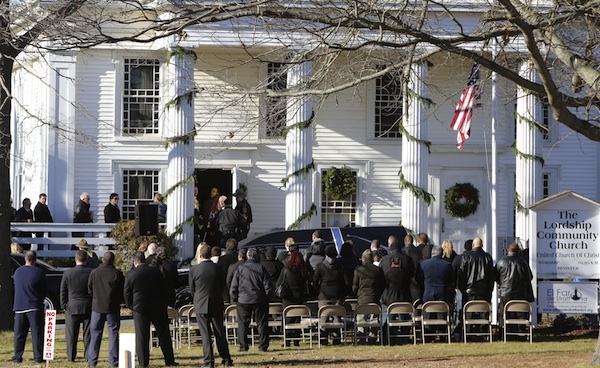 A recent CNN poll released this afternoon shows the public may be shifting in the direction of stricter gun regulations. The dramatic change in public opinion comes less than a week after the horrific massacre in Newtown, Connecticut, at Sandy Hook Elementary School, in which 20 children were gunned down with what police suspect were semi-automatic weapons.

According to CNN, “46 percent of people questioned in the poll say that government and society can take action to prevent future gun violence. That’s up 13 percentage points from January 2011 following a shooting incident in Tucson, Arizona, that left six dead.” CNN continued, “52 percent say they favor major restrictions on guns or making all guns illegal. That’s a five point rise from a CNN survey conducted in early August, following the mass shooting in July at a movie theater in suburban Denver, Colorado, that left 12 dead.”

Celebrities have not been shy about voicing their opinions regarding gun control in the days following the Newtown, Connecticut shootings.

Dax Shepard tweeted, “I love guns. I have several, but I would gladly get rid of them if it would help prevent anything like this from happening again.”

Outspoken political activist and A-lister Susan Sarandon tweeted, “How much more suffering & loss will it take before we better regulate the sale of arms in our country? Let @NRA know how you feel.”

Kourtney Kardashian was shocked and horrified and tweeted that something had to change. “If this tragedy doesn’t change something in this country regarding guns…I just want to scream and cry. Deeply saddened. Praying.”

Rashida Jones tweeted, “Gun control is our only road to freedom. Freedom from the fear of senselessly losing children. I’m so saddened. WE NEED LAWS NOW…Gun lovers are the first to reins [sic] you this should be a ‘day of mourning’. How about we mourn & make it harder to get guns on the same day?….Thanks, gun lovers, for all your hateful tweets. Good reminder of another endemic nat’l issue: a lack of humanity, civility, & accountability.”