Christina Aguilera turns 32 years old Wednesday, Dec. 18, and the pop icon couldn’t be more excited about the years to come. 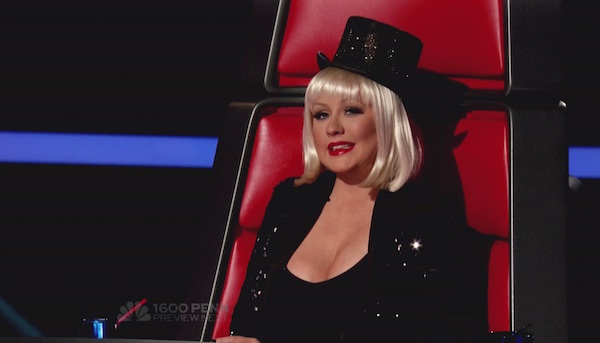 American pop icon Christina Aguilera celebrates her birthday, turning 32 years old on Wednesday, Dec. 18. Aguilera’s birthday comes on the heels of The Voice finale: Floridian Cassadee Pope was crowned the winner of The Voice on Tuesday. Both Aguilera and fellow judge Cee Lo Green are taking some time off from the show. Us Weekly reports that Shakira and Usher will fill in for Aguilera and Green during their hiatus.

No word yet on what Christina’s birthday plans involve, but we suspect that boyfriend Matthew Rutler will likely help Aguilera celebrate. Rutler and Aguilera began dating in 2010 after her split from music producer Jordan Bratman. (Aguilera married Bratman in 2005 but filed for divorce in October 2010).

Aguilera seems very comfortable in her own skin as she moves into her 30s. “I am enjoying being a woman now. Every year I think, this is going to be a great year, a new chapter. And it is,” said Christina to ABC News back in October. “I enjoyed being young but I would never relive my teens. Those are hard years for everyone.”

Xtina’s fellow Voice judge says to lay off her weight >>

Christina Aguilera tweeted love to her fans to thank them for the many birthday wishes. “Thank you #Fighters for the many sweet birthday messages today! Let There Be Love to you all! XoXtina.”